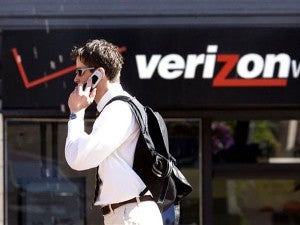 WASHINGTON – Debate is back on in Washington on US regulations on “net neutrality” which bar Internet broadband providers from blocking or discriminating against services or content.

A court case for which arguments were held this month brought by Verizon, one of the largest Internet service providers, challenges the “Open Internet” rule approved in 2010 by the Federal Communications Commission.

The seemingly arcane rule, or changes to it, could have an important impact: some say it may determine whether fixed broadband providers can control what services flow throw their networks.

“These rules provide an important safeguard both for innovation and investment on the Internet,” said David Sohn, an attorney with the Center for Democracy and Technology, which backs the FCC rules.

Sohn said that if Verizon has its way, it and other providers like Comcast or AT&T could “play favorites,” by blocking or degrading services such as YouTube or Netflix to promote their own offerings or that of their partners.

“Every user every day benefits from this rule for the services they use, whether it’s YouTube or Twitter or something else,” Sohn told AFP.

But Verizon and its allies argue the FCC lacks authority to interfere with their business, and that Congress never decided these companies were regulated utilities or “common carriers.”

“It is not up to the FCC to decide these issues on its own,” said Verizon lawyer Helgi Walker, arguing the case before the US Court of Appeals in Washington earlier this month.

“It has no implied authority, no express authority…and it’s highly unlikely that Congress would have delegated authority in such a convoluted way.”

The FCC, in a 3-2 majority decision December 2010, said it imposed the rules to ensure that the Internet “has no gatekeepers limiting innovation and communication through the network.”

But participants at the appeals court hearing said two of the three judges appeared inclined to overturn the FCC rules, although the decision could stem from either jurisdictional or fundamental legal arguments.

Whatever the appeals court decides, the debate is likely to continue. Either side could appeal to the US Supreme Court, and the issue could end up in Congress, which has been divided on the issue.

Amid the US debate, the European Commission this month adopted a similar “net neutrality” provision barring any blocking or throttling of competing or data-heavy services.

With the stakes high, Washington lobby groups on both sides have been ramping up their efforts.

“This affects most Americans who watch a move on Netflix or who make a phone call on Vonage,” said Pantelis Michalopoulos, lawyer for parties arguing in support of the FCC rules.

Michalopoulos said companies like Verizon “have the incentive and ability to discriminate” against service and could, for example, degrade Netflix to the point where viewers would see blank screens.

But another Washington lawyer work works on tech issues, and who requested not to be cited because of clients he represents in the sector, said he did not believe service providers would try to dramatically reshape what flows through their networks.

“It would be commercially infeasible to offer an Internet service if you couldn’t get to the big sites,” the lawyer said.

More likely, the attorney said, would be deals mirroring what is taking place in the wireless space, which is not subject to the same rules, and where providers offer premium packages on an exclusive basis, such as NFL football games.

Firms like Verizon fear that if the FCC has its way, the agency would be in a position to more tightly regulate broadband as a public utility, which might mean regulating prices as well.

Scott Cleland at the advocacy group NetCompetition, which backs Verizon in the case, said overturning the FCC rules would bring free-market economics back to the Internet.

“Consumers would be able to pay less, not more for broadband, if consumers no longer were forced to shoulder the full broadband cost of Internet access by subsidizing the biggest edge companies like Netflix and Google-YouTube, which consume about half of the Internet’s peak traffic,” Cleland said on his blog.

But Jennifer Yeh at the advocacy group Free Press said in a blog post that the dangers are greater if Verizon overturns the rules.

“The FCC needs to restore its authority to ensure that network providers can’t block or discriminate against any online content. Otherwise, we run the risk of the Internet going the way of cable – where the providers determine what content we see, charge us different prices based on what content we get, and extract tolls from Internet companies for delivering that content to users,” she said.