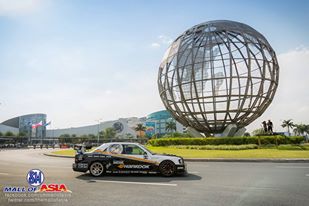 MANILA, Philippines — An alarming video showing a boy apparently knocked unconscious by falling debris inside a mall is starting to make the rounds online.

On the 40-second YouTube video at  http://www.youtube.com/watch?v=-MnWsrqtEg0, posted on Sunday, a boy is shown on the ground, scattered debris and female attendants around him. The camera briefly tilts up to reveal a gaping hole in the ceiling.

The video description placed the accident at the south wing of SM Mall of Asia in Pasay City, on September 15.

A day after it was posted, the video has attracted more than a thousand views.

“Due to the rains & strong winds yesterday, a portion of the Mall of Asia’s South Arcade ceiling was damaged. The damage was minimal but an 11-year-old boy was slightly injured,” a tweet posted late Monday afternoon read. 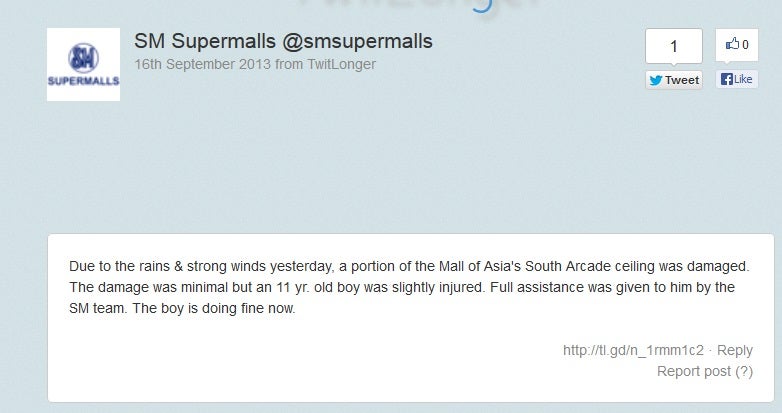 “Full assistance was given to him by the SM team. The boy is doing fine now,” it added.

Senior Superintendent Rodolfo Llorca, Pasay chief of police, said they have not received a complaint about the accident.