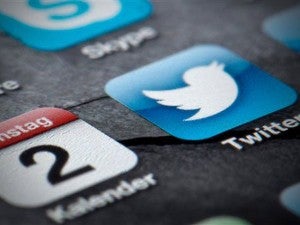 WASHINGTON – Is Twitter’s stock offering the end of the social media era, or just the beginning?

While Twitter appears to have carved out its niche in the social Internet, a big question now is how much growth and innovation remains in the space.

“Twitter is the last of the Big Four to go public,” she said on her blog.

“In the social networking ecosystem, Twitter is seen as a must have in terms of a social strategy, and is the only major player left that is still up for grabs – YouTube (owned by Google), LinkedIn (IPO), and Facebook (IPO) are all spoken for. Other upstarts like Pinterest are just getting started so Twitter is going to be the talk of the town into 2014.”

“The Twitter IPO symbolizes this industry is coming to an end, and future investments will be in some industry we don’t know,” he told AFP.

But others who watch social media say Twitter and others have just scratched the surface of the sector’s potential.

“We’re far from the end in innovation,” said Daniel Odio, an executive at the California-based Internet firm Share This, who has been involved in a number of technology startups.

“I believe we are in the Dark Ages of social, there is so much opportunity,” he added.

“The whole fabric of our existence is based on sharing, but digitally we haven’t really cracked the code. Facebook has done part of this, and Twitter has created the ability to find people who are not your friends but who share a common interest… that’s why Twitter is good at disrupting governments.”

A 2012 report by McKinsey Global Institute suggests social media is just getting started.

The report said social networking can increase productivity and “unlock value” to the tune of $900 billion to $1.3 trillion in key segments of the world economy.

This comes from “using social tools to enhance communications, knowledge sharing, and collaboration within and across enterprises,” the report said.

Twitter claims to have more than 200 million active users, but some analysts say the figure is closer to 500 million and growing rapidly, as it becomes a key platform for celebrities, politicians, journalists and others.

The research firm eMarketer, for one, says Twitter is expected to earn $582.8 million in global ad revenue this year, and nearly $1 billion in 2014.

Twitter, which launched in 2006, opened the door to advertisers in 2010 by allowing marketers to insert paid “promoted tweets” into user feeds.

Olivier Toubia, a Columbia University business professor and co-author of a study on Twitter appearing in the journal Marketing Science, said Twitter is evolving as it becomes a mainstream outlet, similar in some ways to television.

“It becomes a way for companies to reach consumers, to broadcast content with lower barriers to entry.”

Toubia said that with Twitter’s success, “it has lost a bit of its grassroots flavor.”

But he maintained that “there is a lot more room for innovation” in social media.

“Facebook and Twitter have shown it is possible to connect people all over the world,” he said, but noted that “consumers cannot react with millions of people at the same time.”

“There are a lot of opportunities for smaller niche types of social media that will serve different needs that will connect people on a smaller scale in more meaningful ways,” he said.