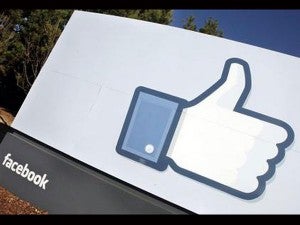 A file photo shows the Facebook “like” icon displayed outside of Facebook’s headquarters in Menlo Park, California. AP

WASHINGTON – Hitting the “Like” button on Facebook is an element of free speech protected by the US constitution, a federal court ruled Wednesday, in a case closely watched by employment lawyers.

The US Court of Appeals based in Richmond, Virginia, made the judgment in the case of a Virginia sheriff’s department worker who claimed he was fired for exercising his free speech rights – in this case “liking” a political opponent of his boss.

“His conduct qualifies as speech,” the court said in an 81-page decision that sent the case back to a lower court for review of those issues.

“In sum, liking a political candidate’s campaign page communicates the user’s approval of the candidate and supports the campaign by associating the user with it.”

“In this way, it is the Internet equivalent of displaying a political sign in one’s front yard, which the Supreme Court has held is substantive speech.”

The American Civil Liberties Union and Facebook both filed legal briefs supporting the view that the “Like” button is protected speech.

The ACLU brief said “liking” something on Facebook “expresses a clear message – one recognized by millions of Facebook users and non-Facebook users – and is both pure speech and symbolic expression that warrants constitutional protection.”