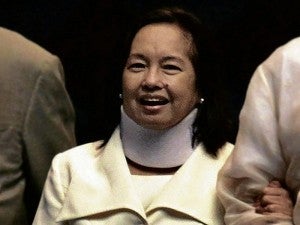 MANILA, Philippines—A top official of the National Economic and Development Authority (Neda) who reviewed and endorsed the previous administration’s $329-million contract for a national broadband network with ZTE  Corp. of China in 2007 said Monday the project would have been beneficial to the country had it not been scrapped.

Ruben Reynoso Jr., Neda assistant director general, said at a hearing in the Sandiganbayan on the graft case that arose from the deal that he was the director of the infrastructure staff and head of the Neda Investment Coordination Committee (ICC) technical team that reviewed the project in 2006.

Reynoso said his team found the NBN-ZTE project to be beneficial as well as “economically viable” based on both its technical and economic merits, citing a rate of return of at least 29 percent, or almost twice the return benchmark set by the Neda for government contracts. The project would have brought all government outposts throughout the country into the electronic age.

“The rate of return for every contract entered into by the government is 15 percent. Anything less than that is not economically viable and we do not endorse it subject to some exceptions,” he said.

The broadband project’s rate of return would have been more than 29 percent so it was relatively high, he said.