Simply Smart for all

Gionee, a global leader in mobile phone manufacturing and design announces the arrival of its flagship Smartphone in the ELIFE series, the ELIFE E6. Following the footsteps of the ELIFE series models, ELIFE E6 is designed specifically to bring stronger performance and increased user friendliness to exceed the needs of its users across the globe.

As the world’s first smartphone with White OGS technology, its 2.54 mm narrow edge and 7.7 mm thin miniature size allows it to slide comfortably into your pockets. Powered with a 1.5GHz quad-core processor and combined with a 5.0” FULL HD 1080P LTPS Display, ELIFE E6 is designed to enhance the lifestyles of smartphone users across the world. Regardless of whether you are a multitasking working class or graphic-intense gamer, ELIFE E6 can be customized specifically for your way of life. Eqipped with a 32GB ROM + 2GB RAM memory, a non-removable 2020mAh Battery and weighing only 128g, it is the balance of performance and convenience. 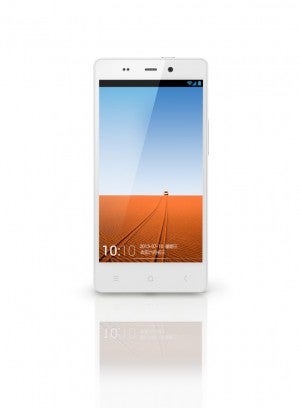 With its intuitive user interface, we have developed the ELIFE E6 with the customers’ interest at heart. Supplying what is truly important to them in terms of quality, performance and affordability – all in a stylish and sophisticated design.” said William Lu, Vice President of Gionee Communication.

A slim phone with a mass array of features and functions, Gionee’s ELIFE E6 has increased the standards of smart phones for the middle class at a highly competitive price range.

ELIFE E6’s innovative design features a unibody exterior in Pearl White and Stunning Black. Its sleek and clean surface brings out the elegance behind its revolutionary design concept. Manufactured by a combination of Computerized Numerical Control Technology and Hand-polished craftsmen, ELIFE E6 brings you the precision of a machine and the delicacy of Hand Craftsmanship.

The Best Display Technology across the Globe

Capturing Pictures Has Never Been Easier

ELIFE E6’s innovative camera technology redefines how photos are meant to be captured. Forget about dragging a camera around for high quality photos and videos. With the goal to make life better through technology, ELIFE E6’s camera sports the second generation of Backside Illumination Technology, antireflection coatings, anti-fingerprint film and finishes off with 5 layers of blue glasses, giving it its powerful 13MP rear-end camera for ease of picture taking and 1080P full HD video recording. Its 5MP front-facing camera comes with 12 levels of auto beauty effects, object tracing focus, instant facial beauty support and more; providing its user with Photoshop-polished photos with just a smile. 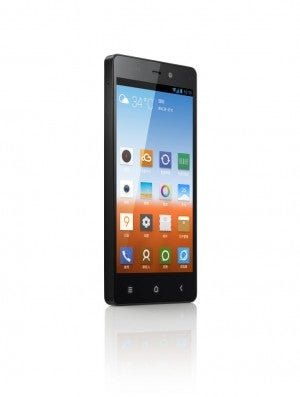 Realizing the frustration that comes with capturing the moments in life, ELIFE E6 features numerous options to make the photographer’s life easier.

Hands Free – It’s perfectly hand-polished sides enable ELIFE E6 to stand up by itself to take group shots. Never again will someone be left out of group shot or risk a stranger running off with your phone.

Smile & V Gesture – Enabling the camera to automatically snap a picture when it senses a smile or a v-gesture, liberating the user’s hands

Best Shot – Enabling the camera to take multiple shots at once and allowing the user to pick the best faces and combine them into one picture.

ELIFE E6’s DTS 3D stereo surround sound provides users with movie theater quality music, allowing users to listen to the music as it should sound from the artists’ point of view. 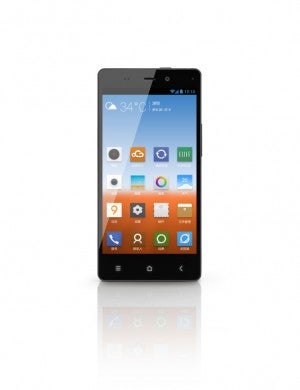 ELIFE E6’s HST enables the system to synchronously wake up applications every ten minutes, thus reducing the number of applications wake ups and drastically increases power consumption. In addition, the system automatically sets a white list ensuring essential applications to be awakened up at any time.

Say goodbye to touch screens. Welcome to the world of Motion Sensor Technology in the palm of your own hands.

The GIONEE ELIFE E6 is available in black and white with matching color cases.

ELIFE E6 has been available in China since mid- July 2013, in India, Nigeria, and Vietnam after August 2013 and now, in the Philippines!