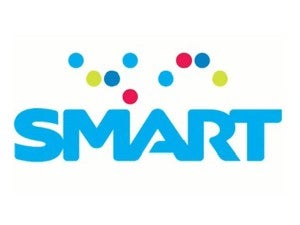 Through its mobile financial services subsidiary Smart e-Money, the statement said it will work with Transfer To, Tranglo, www.exetop.com, and Aryty, which all together cover hundreds of partner mobile network operators in various countries.

To contribute to a disaster relief communities devastated by the typhoon, mobile subscribers can key-in +63-999-7-000-000 (12-digits) as the beneficiary mobile number, following their mobile service providers’ airtime top-up mechanics.

“Depending upon the procedures of the MNO [mobile network operator] in the country where the donations are originating from, charges will be deducted from the subscriber’s prepaid balance,” it said, but noted that mobile airtime donations will only be a maximum of $10 a day

It said the fund-raising program will be until December 31 to allow mobile subscribers in over 40 countries to donate.

The PDRF is one of the three identified institutional conduits approved by the BSP together with the Department of Social Welfare and Development and the Philippine National Red Cross.

Meanwhile, the statement also said that as of 11 a.m., Smart and Digitel Mobile Philippines Inc. have reactivated 83 percent of its affected sites in the Visayas region, and 100 percent in Palawan after cellular service was restored in Coron and Culion last night.

Cellular service was also fired up in Daan Bantayan in Northern Cebu.

Smart Libreng Tawag services are ongoing in the following areas:

a.        Smart cellsite in municipality of Dulag

The public may also proceed to the following locations to charge their mobile phone batteries:

2 major roads in Leyte, 1 on Panay still closed due to fallen trees