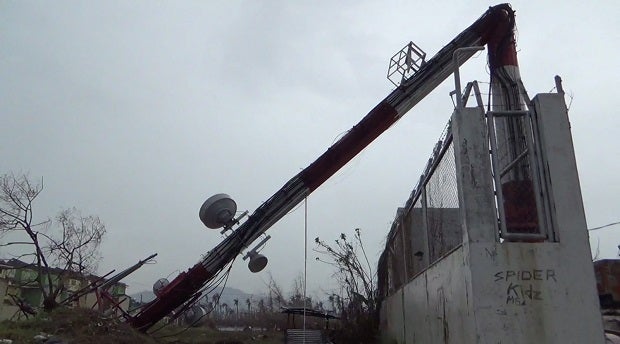 The European Community Humanitarian Office (ECHO) donated 40,000 euro to TSF to provide communication lines to areas were local communication networks were totally damaged and difficulty of wireless access is experienced.

As the main cities and downtown areas of Visayas were covered by operations from the local operators, TSF is concentrating on reaching the remote villages of Visayas.

According to TSF, local mobile operators have recovered coverage in Leyte but in most of Eastern Samar, telephone network is still unavailable.

The situation after three weeks has improved but residents in coastal areas still face communications and electricity problems, TSF said.

Since November 16, TSF has covered highly affected areas in Leyte and Eastern Samar concentrating on remote villages as cities and downtown areas are now covered by operations from local operators.

As local operators have recovered coverage in most of the affected areas, access to communication and Internet connectivity is no longer an issue for the Humanitarian community, thus, TSF is planning to withdraw from the country starting on December 5 and a full withdrawal on December 8.

Roofless in Palo: Lost in my hometown

To rebuild, Filipinos must ‘reconstruct their hearts’

US military ‘godsend’ to ‘Yolanda’ victims