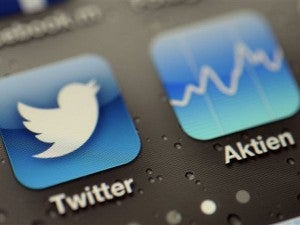 SAN FRANCISCO–As of Thursday, unwanted Twitter followers could re-tweet, like, or peer at messages in public accounts of people who block them.

In a move met with criticism by some who worried about being harassed by stalkers or abusers, Twitter said putting users on block lists will essentially blind people to an unwanted follower but not prevent them from looking back.

Prior to the update, a blocked Twitter user was barred from seeing the person’s account or posts.

The unwanted follower will not be notified that they are blocked, according to Twitter.

“If your account is public, blocking a user does not prevent that user from following you, interacting with your Tweets, or receiving your updates in their timeline,” Twitter said in a message at its online Help Center.

“If your Tweets are protected, blocking the user will cause them to unfollow you.”

Reasoning given by Twitter for the change included mitigating rage of people who learn they are blocked and the reality that public posts at the globally popular one-to-many text messaging service are just that, public.

While blocked users will no longer show up in Twitter timelines, replies, or mentions, they will pop up in searches and if those doing the blocking visit a barred follower’s profile page.

“Very creepy that people I blocked for harassing me can now follow me, reply to and RT my tweets,” a Twitter user at the profile of Leta Hong Fincher said in a post bearing the RestoreTheBlock hashtag.