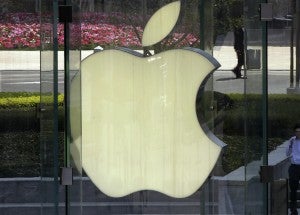 BEIJING – US technology giant Apple has removed an anti-censorship application from its Chinese app store on orders from Beijing, the software’s developers said Friday.

The FreeWeibo app is intended to allows users to read sensitive postings on Sina Weibo, a Chinese equivalent of Twitter, that have been censored and deleted, one of its designers said.

Beijing maintains strict controls on the Internet, including a range of technical measures known as the Great Firewall of China, and weibo operators employ ranks of censors to delete contentious comments.

Attempts by AFP in Beijing to locate the app on a Chinese app store account Friday returned a message saying it could not be found, but it was located and downloadable from devices with overseas app store functionality.

Company representatives in China did not immediately respond to requests for comment from AFP by phone and email.

Apple has seen its global smartphone market share slip and has made China one of its top priorities.

A co-founder of FreeWeibo, who uses the pseudonym Charlie Smith, linked the move to Apple’s “big business interests” in China.

“Apple’s image of being a hip and trendy company is eroding — the brand will hold little cachet for the consumer because of actions like these and in the long run that means less Apple devices will be sold,” he told AFP.

“Steve Jobs must be rolling over in his grave. This is a ‘bad karma’ move on Apple’s part,” he said.

The app went online in early October and survived attempts to “frustrate its functioning”, the RNW statement said.

Beijing had asked Apple to remove it “because it goes against local laws”, RNW said it was told by Apple’s App Review board.

The statement went on: “Apple makes it impossible for apps concerned with issues such as free speech or human rights to find a home in the Chinese App store.”

After falling out with China authorities over censorship and hacking, Internet giant Google relocated its servers to Hong Kong in 2011, and now has only a small share of China’s search market.