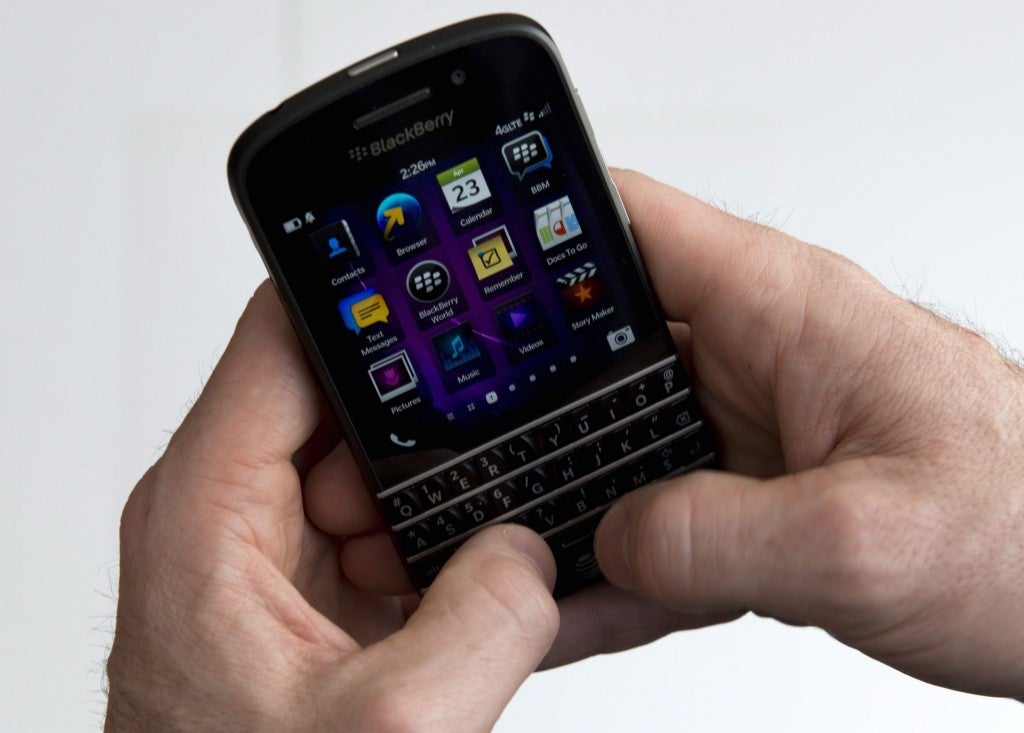 MONTREAL–BlackBerry Ltd. said Friday it had filed a suit in a California court against Los Angeles firm Typo Products for violating its patents with a Blackberry-like keyboard made for Apple’s iPhone.

The struggling Canadian maker of the Blackberry smartphone said that Typo’s $99 keyboard case, which attaches a BlackBerry-like physical keyboard to an iPhone 5, “blatantly copied BlackBerry’s keyboard.”

“This is a blatant infringement against BlackBerry’s iconic keyboard, and we will vigorously protect our intellectual property against any company that attempts to copy our unique design,” said BlackBerry’s chief legal officer Steve Zipperstein.

“We are flattered by the desire to graft our keyboard onto other smartphones, but we will not tolerate such activity without fair compensation for using our intellectual property and our technological innovations,” he said in a statement.

The company’s website said it is taking pre-orders for the Typo keyboard case, with the products to be shipped this month.

BlackBerry is seeking to turn around its fortunes after losing a leadership position in the cell phone and smartphone business.

In December it reported a massive $4.4 billion loss in its third quarter, four times the previous quarter’s loss, as its smartphone sales slumped by half.