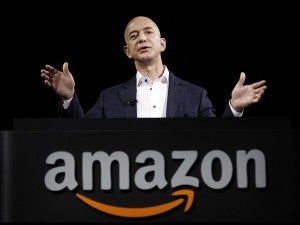 QUITO – Amazon founder Jeff Bezos was recovering Saturday after being airlifted off the scenic Galapagos Islands because he was suffering from severe kidney stones, an Ecuadoran official said.

The 49-year-old American billionaire, who also owns The Washington Post, was walking on a tourist yacht near Santa Fe Island when he complained of severe pain.

“We received a call for a medical emergency and proceeded to make a helicopter evacuation from a passenger yacht. Until then, we were unaware that it was Mr Bezos,” said Santiago Rubio, captain of the port of Santa Cruz Island, the most populous area of the Ecuadoran archipelago.

Bezos was taken to Baltra Island, from where he left on a private plane to the United States for emergency surgery, the regional maritime directorate DIRGIN said in a statement.

In a short statement, Amazon.com vice president for public relations Drew Herdener confirmed the incident by relaying a message from Bezos in which the tycoon indicated that he was in high spirits.