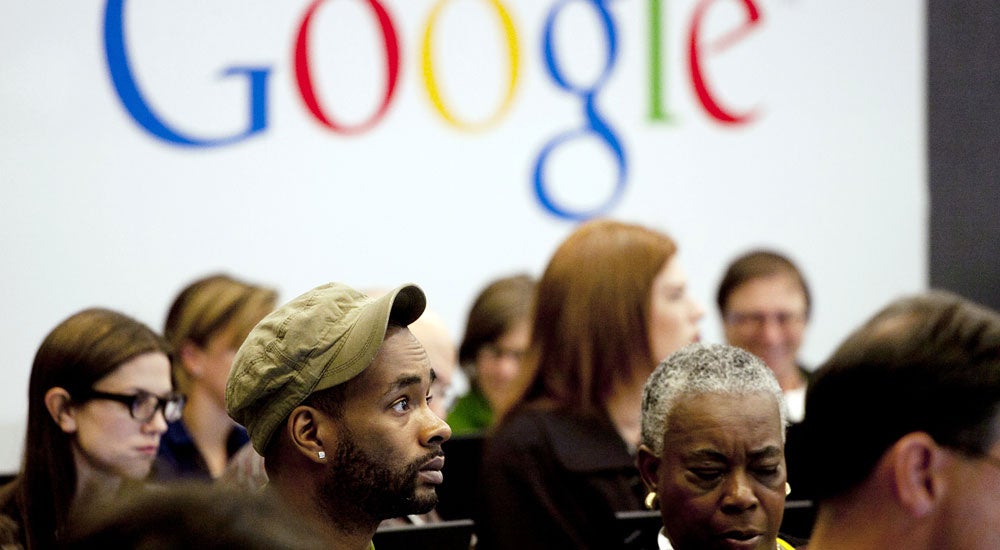 In this Wednesday, Oct. 17, 2012, file photo, people attend a workshop, “New York Get Your Business Online,” at Google offices in New York. Google overtook US oil giant ExxonMobil on Monday, Feb. 10, 2014, to become the world’s No. 2 company when rated by market value, behind its high-tech rival Apple. AP

NEW YORK—Google overtook US oil giant ExxonMobil on Monday to become the world’s No. 2 company when rated by market value, behind its high-tech rival Apple.

Even though Google shares fell 0.38 percent, a bigger drop in Exxon stock allowed the Internet giant to capture the second spot in market capitalization.

Google’s market cap at the end of the trading day was $394 billion, compared to the $388 billion of ExxonMobil. Apple remained well ahead with a market capitalization of $472 billion.

Google briefly overtook Exxon during the trading session last Friday but Monday was the first time this was confirmed at the close of trade.

Google, despite Monday’s modest dip, is near its all-time high and has doubled in value since July 2012. The shares closed Monday at $1,172.93.

The California-based Internet group is the world leader in online advertising, and its Android operating system has become the dominant platform for smartphones and is also gaining fast in tablet devices.

Google’s other projects include a self-driving car and its Google Glass eyewear. The company recently bought Nest Labs in what is seen as a move into connected home technology.