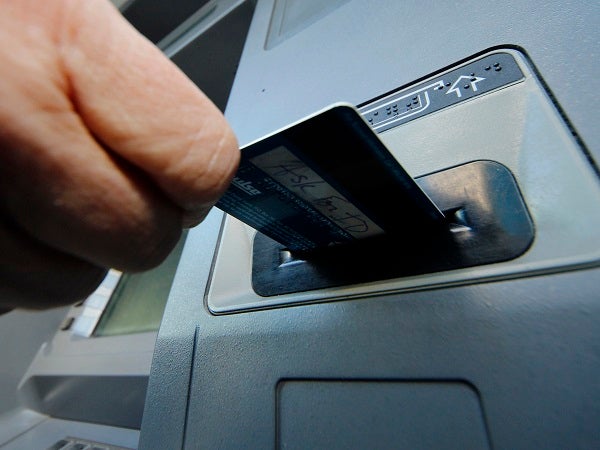 MANILA, Philippines—Authorities on Wednesday  bared during a Senate hearing the  different modus operandi  being used by criminals to steal   information  from  automated  teller machine (ATM) cards  that resulted to  over P200 million stolen deposits last year.

The common   modus operandi now being used by  perpetrators was through the use of a “skimming plate, ” which  is placed on top of keypads to copy the personal identification number (PIN) of depositors, authorities  said during the hearing.

“The devices  used are smaller than a deck of cards and  are often fastened in close proximity to, or over the top of the  ATM’s factory-installed card,” read   the  power point presentation  presented by the police during the hearing.

The presentation showed several pictures to identify the normal ATM machines from tampered  ones.

“Most skimming devices will obscure the flashing card entry indicator,”   de Villa said in his presentation.

He flashed a  photo showing a “PIN capturing device” fitted to the  of the ATM and   a brochure  holder with a pin-hole camera  placed on the side of the ATM frontage wall used to capture images of the  keypad and customers inputting  their PIN.

“So the anti-cybercrime group  is also monitoring online activity,”   a police official said during the hearing.

To address this problem, the BSP has issued a directive requiring all banks to shift from a magnetic stripe to an EMV (Euro Master Card Visa).

Unlike the magnetic stripe  which contains  permanent information that can be copied easily,  the EMV  card is said to be  “more dynamic” making  it more difficult to steal  information. 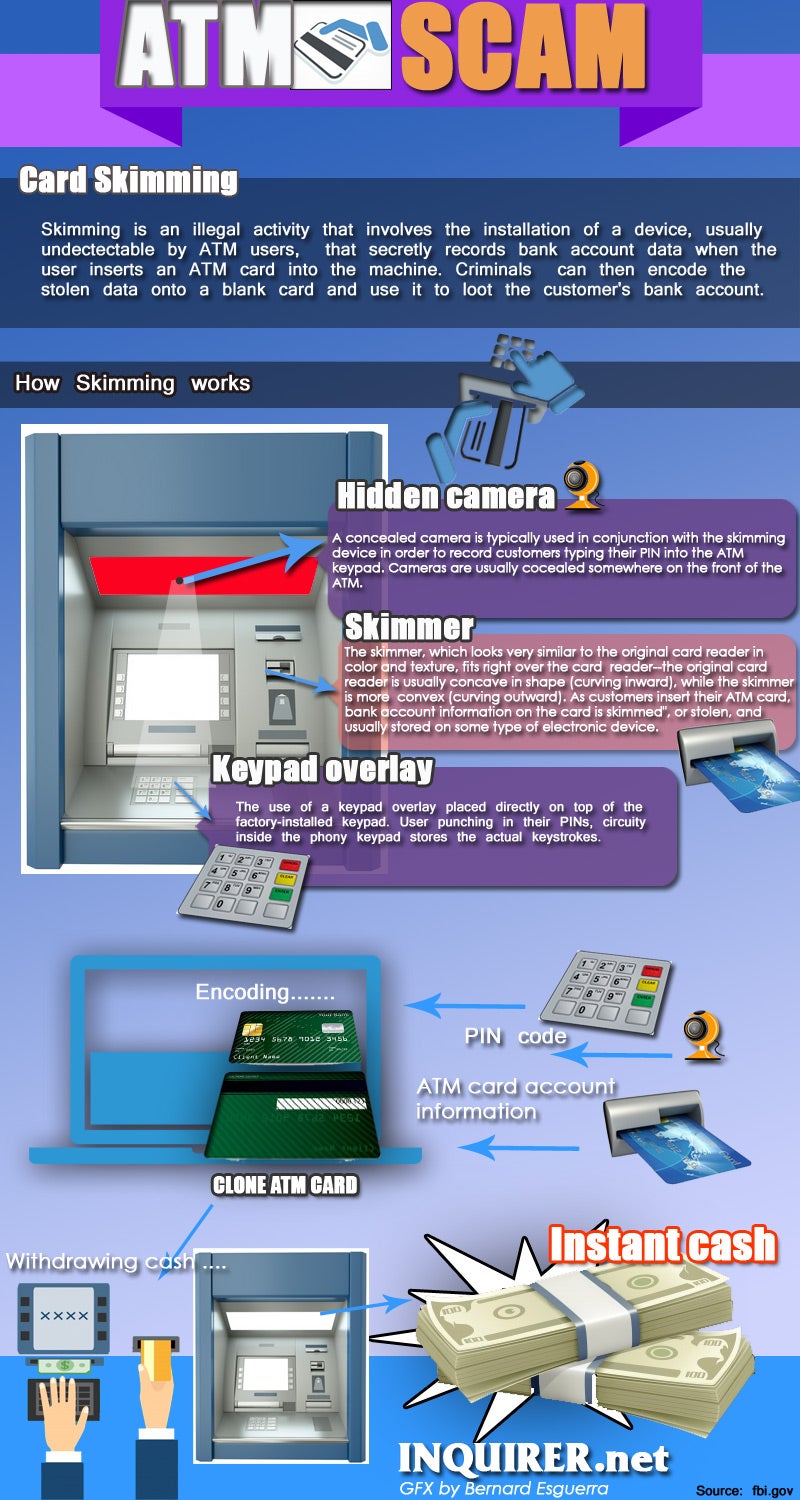