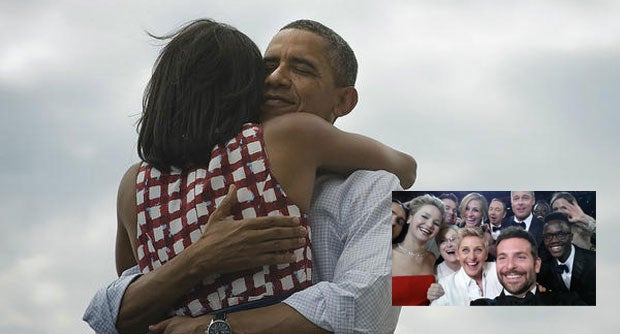 MANILA, Philippines – Ellen Degeneres’ star-studded selfie at the 2014 Academy Awards just became the most retweeted photo on Twitter, beating that of US President Barack Obama’s photo when he won for a second term in 2012.

Within an hour after posting, the photo garnered more than a million retweets.

Obama’s photo, showing him hugging his wife Michelle with a caption “Four more years,” as of press time just got over 781,000 retweets.

Meanwhile, Degeneres’ photo – captioned “If only Bradley’s arm was longer. Best photo ever,” – garnered over 2.3 million retweets just hours after the Oscars.

The retweets of Degeneres’ selfie also caused Twitter to crash for more than 20 minutes.