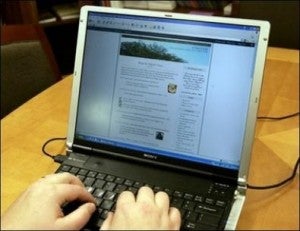 “Our problem with the law is that it places every netizen under surveillance,” said Marnie Tonson, convenor and legal counsel of the Philippine Internet Freedom Alliance (PIFA), during a Senate hearing on the cybercrime law.

But Assistant Justice Secretary Geronimo Sy doused fears that Republic Act No. 10175, or the Cybercrime Prevention Act of 2012, would be used by the government to place netizens under surveillance.

It would have been a “good problem,” if only the government had the “basic capacity” to mount such surveillance, Sy said.

“But remember, in government (offices), we can’t even stock our toilets with toilet paper,” Sy told the committees on science, constitutional amendments, civil service and finance during the joint Senate hearing.

The justice official vowed to post online the Department of Justice (DOJ)-crafted implementing rules and regulations “to invite everyone to put (in their) comments.” Sy said the DOJ had submitted a new version of the proposed cybercrime law to the senators.

The Supreme Court recently ruled that the online libel provision in the Cybercrime Prevention Act of 2012 was constitutional, though it struck down another provision that empowers the justice department to restrict or block access to data and websites violating the law.

The high court also clarified that only the original authors of libelous material were covered by the cybercrime law, and not those who merely received or reacted to it.

Bloggers, freedom advocates and journalists have pressed Congress to repeal the cybercrime law that criminalizes libel, with some senators adding that libel in the Revised Penal Code should be repealed as well.

For its part, PIFA said Filipino netizens were already under surveillance even without the cybercrime law through the “Five Eyes” network identified by Snowden as a major monitoring program meant to boost the sharing of surveillance information across borders.

A government official could request any member of the (Five Eyes) network—composed of Australia, the United States, Great Britain, New Zealand and Canada—to conduct the surveillance, Tonson said.