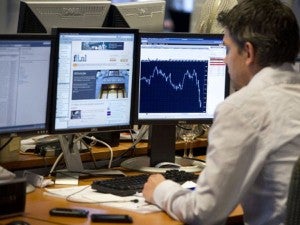 MANILA, Philippines — Cyber criminals have hacked the computer networks of four private schools in the country, including two in Metro Manila, to penetrate several financial institutions in the US last year, the Philippine National Police (PNP) disclosed on Wednesday.

Senior Supt. Gilbert Sosa, chief of the PNP Anti-Cybercrime Group (ACG), said unsuspecting computer users fell prey to the hackers, which infected the computers of the schools with “botnet virus,” a kind of computer malware.

Short for “robot network,” he said botnet virus allowed cyber criminals to use and control computers as remote proxy servers to infiltrate Internet-connected systems in other places “like robots.”

“Once infected, cyber criminals would have command and control over the affected computers. Like robots, the computers will do every command of the (hackers),” Sosa told the Philippine Daily Inquirer.

“Using botnet virus, they can attack and take command over thousands of computers and attack other computer systems,” he added.

He said individuals who hacked the schools’ computer networks were able to steal data and information from American financial institutions, which they used for credit card fraud, automated teller machine card fraud, extortion and other online crimes.

Sosa, however, declined to identify the local educational institutions and the US-based financial ,which were victimized by the hackers due to the confidentiality of operations against the hackers.

He said the hacking was brought to their attention by their foreign counterparts who, in turn, acted on the complaints of the affected US companies.

“We called the attention of the schools. We sought an audience with them and informed them that the virus was imbedded in their computer systems,” Sosa said.

“They immediately responded and cooperated with us when we told them that they have to remove the virus,” he added.

He said the hacking only showed the country’s vulnerability to cyber attacks and underscored the need to intensify the government’s awareness campaign regarding Internet-related fraud.

“In the past, hacking was only done just for fun. Now, the attacks are financially motivated. The hackers are attacking computer systems to make money,” Sosa explained.