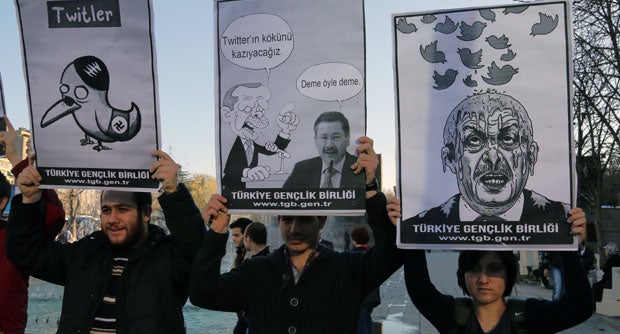 ANKARA, Turkey — A block on access to Twitter remained in place in Turkey on Thursday despite a high court ruling against the ban.

Turkey’s Constitutional Court ruled late Wednesday that the two-week-old ban violates the right to free expression and demanded that access be restored. The decision was published in the Official Gazette early on Thursday and the Ankara Bar Association said the decision was binding and had immediate effect.

Still, as of Thursday morning Twitter remained blocked, raising questions on whether the government would flout the ruling.

A government official said the telecommunication authorities’ legal teams were examining the high court decision. The official spoke on condition of anonymity because of government regulations that bar civil servants from speaking to reporters without authorization.

Sezgin Tanrikulu, an opposition legislator who along with two academicians petitioned the high court for an overturn of the ban, called for access to be reinstated immediately, threatening to file a legal complaint against the government for “abuse of power” and violation of laws.

Turkey blocked access to Twitter last month after users posted links suggesting government corruption. The government then blocked access to YouTube following the leak of an audio recording of a secret government security meeting. The social media bans sparked international criticism of Turkey — a country that is a candidate to join the European Union.

On Wednesday, the U.S. Embassy in Turkey welcomed the high court’s decision to lift the ban on Twitter. The EU Commissioner for Enlargement Stefan Fule said on Twitter that he looked forward to the “swift enforcement” of the court order.

Many tech-savvy users, including President Abdullah Gul, found ways to circumvent the ban on both Twitter and YouTube.