Your office in the near future can be any place 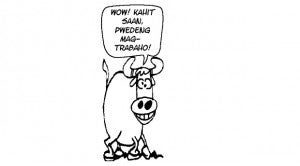 The workspace of the future is a lot more than a typical office cubicle.

It may be a coffee shop, the living room, an airport terminal or any place where technology can provide connections.

Laptops already allow many people to work remotely but the trend is gaining momentum with advances such as virtual reality avatars and telepresence robots.

“People are working not only from home but from wherever it is convenient,” said Ted Schadler, an analyst at Forrester Research who studies mobile collaboration technology.

“Some people may leave early and then work at home after they put the kids to bed.”

The next leap may be the introduction of technologies to allow robots or virtual reality to fill the gap of face-to-face communications.

A product made by California startup Double Robotics uses an iPad attached to a self-balancing scooter that can roam around an office and interact with colleagues.

The robots have been satirized on television comedies but Jay Liew of Double Robotics said companies were warming up to them.

“We’ve had customers tell us that they can’t remember when the person was really there and when the robot was there,” Liew told Agence France-Presse.

“After the initial excitement wears off, it’s not just a robot. It’s John. It’s Connie, from the Seattle office.”

And the person working remotely can be a part of the “team” by moving around the office, chatting in the break room or “stopping by” a colleague’s desk to ask a question.

Another technique allows people to interact in a cartoon-like world via their “avatars”—or images that they create.

Jeremy Bailenson, director of the Virtual Human Interaction Lab at Stanford University, said virtual meetings could, in many cases, be better than those taking place face-to-face.

Bailenson said an individual could tweak his or her avatar to produce features and body language.

“So I can do things in a virtual meeting that can make me a more effective salesperson, make me a better leader,” he told AFP.

But for it to gain mass adoption, it should be more natural, without the cumbersome helmets and sensors now required.

Bailenson added that Facebook’s $2-billion acquisition of the virtual reality firm Oculus Rift suggested that the trend could be accelerating.

Facebook founder Mark Zuckerberg recently visited his lab, “so maybe we are at a tipping point.”

The auto giant said the collaboration was “like a Second Life game,” referring to the popular 3D virtual world game.

“We now have Ford designers and engineers around the world who are working together virtually—inside and side-by-side—on the same product,” said Ford virtual reality specialist Elizabeth Baron.

Kori Inkpen Quinn, who studies human-computer interaction at Microsoft Research, said her studies suggested that colleagues are comfortable with video interaction such as with a telepresence robot but that most are not ready for the cartoonish avatars of virtual reality.

“Even if I’m comfortable looking like a cat, you might not be comfortable having a business meeting with a cat,” she said.

Lindsey Pollak, a workplace consultant for the insurance firm The Hartford, said changes could be driven by younger tech-savvy people who are coming into the workforce.

“They are digital natives and expect that the workplace will be as digital-savvy and as flexible as they’ve seen in the consumer market,” she told AFP.

One problem is that employees may face more stress because they never really stop and disconnect from work.

A recent Gallup survey found that one-third of full-time workers say their employer expects them to check e-mails and stay in touch after the business day ends.

“This is becoming the new normal and it is creating tremendous stress,” Pollak said. “Stress and depression are reasons Millennials are taking disability leaves.”

Bringing the workplace into the classroom

A workplace of new possibilities