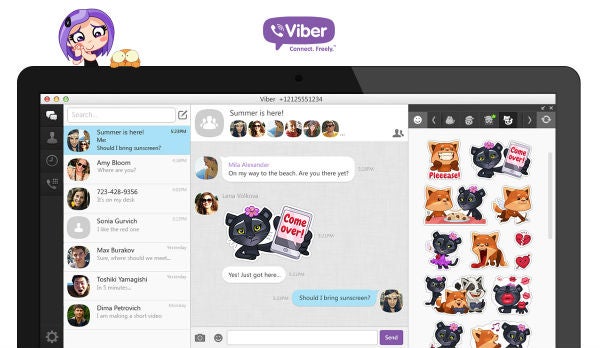 Viber, (www.viber.com) the leading mobile communications platform offering free messaging and HD-quality phone calls, announced today two key milestones, revealing that it now has more than 100 million concurrent online users and over 360 million unique registered users. The milestones are a clear sign of the surging popularity of the platform and its active and highly engaged community of users.

When online users are counted alongside users that are available via push notification, the company estimates that over 200 million users are reachable via the platform at any give time.

“As usage increases, our priority remains the same – introducing features, adding more platforms, and improving Viber with every new version. This is exactly what we’ve done with the new Viber Desktop, and we’re really excited for our users to try it out,” said Talmon Marco, CEO of Viber.

Viber announced the milestones alongside the release of a new version of Viber Desktop that features a new look and feel with a special focus on the ever-popular stickers that users love. Now, it’s easier than ever for users to find, select, and add stickers to their conversations with a prominently displayed sticker menu that can be docked to the side of the app. Viber Desktop has also been upgraded for better video quality and performance.

On top of this, the Viber support site is now available in two more languages – Portuguese and Spanish. These languages join English and Japanese and have been added as part of Viber’s commitment to expand its services to additional global markets.

In the Philippines, Viber will be staging the biggest concert party in celebration of the Philippine Independence Day and as a treat to its 13 million subscribers on June 11 at the MOA Concert Grounds with international Filipino act Apl.De.Ap, DJ Filipino-Dutch Laidback Luke, Filipino DJs Funk Avy, Mars Miranda and Motherbasss. Foreign DJs will also join the event in support of Filipino talents: HardRock Sofa and Infected Mushroom.

The new version can be downloaded here: http://viber.com/desktop