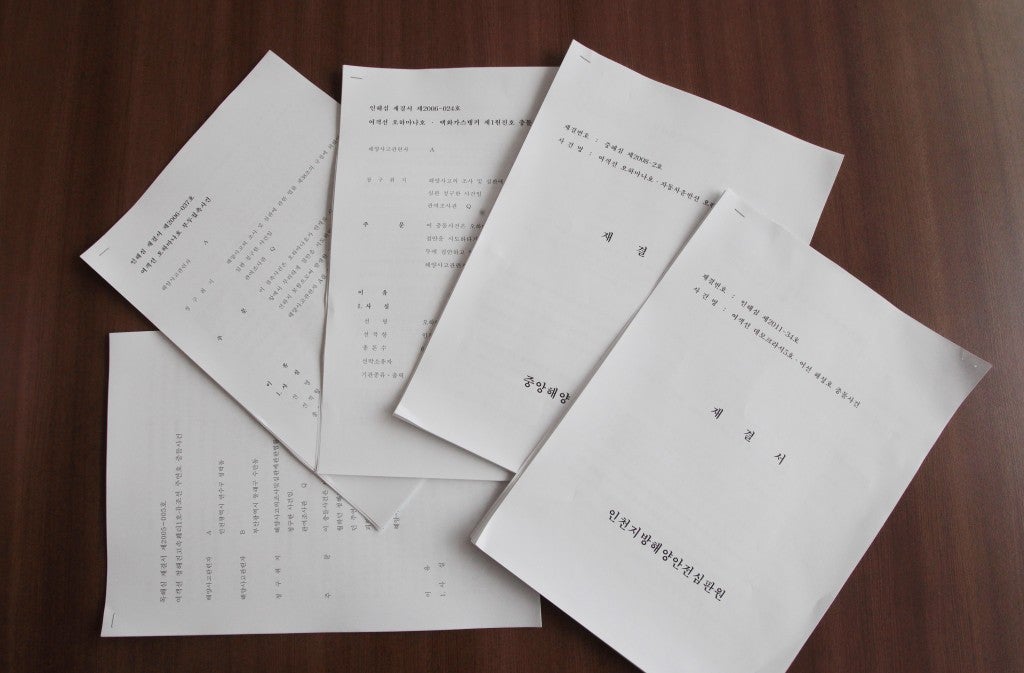 This June 25, 2014 photo shows the documents, released by the Korean Maritime Safety Tribunal, an arm of the oceans ministry that serves as a maritime court, which include detailed investigations and findings over five accidents which involved the Chonghaejin Marine Co.,’s ferries between 2003 and 2011. AP FILE PHOTO

SEOUL, South Korea — Samsung says an external audit has found labor violations at dozens of its suppliers in China including failure to provide safety gear and excessive working hours.

Samsung Electronics Co. on Tuesday released the findings covering 100 of the company’s Chinese suppliers in its annual social responsibility report.

There were 59 Chinese suppliers that did not provide sufficient protective goggles, masks and other safety equipment to workers while 48 let minors handle chemicals. Most of the audited factories did not comply with legally permitted overtime hours.

The external audit was conducted on Samsung’s suppliers in 2013.

Samsung, the world’s largest smartphone maker, faced allegations in 2012 of child labor and other labor violations in China. It vowed to resolve the problems.

Samsung looks to life beyond the smartphone