More than selfies and trending topics 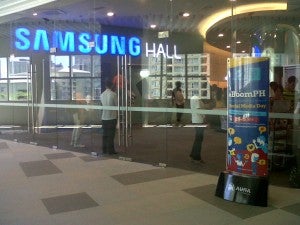 In a nutshell, the event spearheaded by TweetUpMNL urges every netizen to start using social media for a good cause.

Held at the Samsung Hall of the SM Aura Premier in Taguig last June 28, the #SMDay 2014 served as stage to various social movement groups and companies in sharing their respective advocacies and endeavors with their target stakeholders.

Influential online communities like the IGers Manila, Tumblr Philippines, and Windows Phone Users were also welcomed and cheered on during the event. 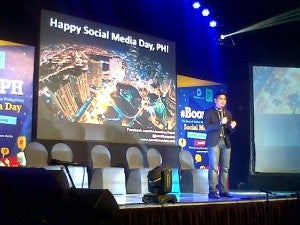 Yabut spent his time on stage highlighting how the #selfie of today has become #selfiesh. According to him, the Filipino people should abandon the thought that our social responsibilities in our country end with a simple post of our opinion online.

For the 29-year-old University of the Philippines graduate, social media can effectively mobilize and move only if someone will act on it.

Yabut ended his speech with a simple request, “Please don’t be #selfiesh.”

To provide the attendees a deeper understanding of the social media sphere and its effects on our society, three panel discussions were moderated during the final segment of the #SMDay main program.

The last topic for the night was the “Evolution of Media.” Tina Arceo Dumlao of the Philippine Daily Inquirer moderated the third and final discussion, while Jayvee Fernandez of Manila Bulletin, Noemi Lardizabal-Dado of BlogWatch, and JV Rufino of the Inquirer Group of Companies participated as panelists.

When the main program concluded, the head organizers of the show, Tonyo Cruz and Ros Juan, called on stage every volunteer that helped make the 2014 Social Media Day possible. The #SMDay organizing team ended the night with a #BoomPH shout out and groupfie.

A music show followed after, treating the audience to some of the most iconic pop songs today.