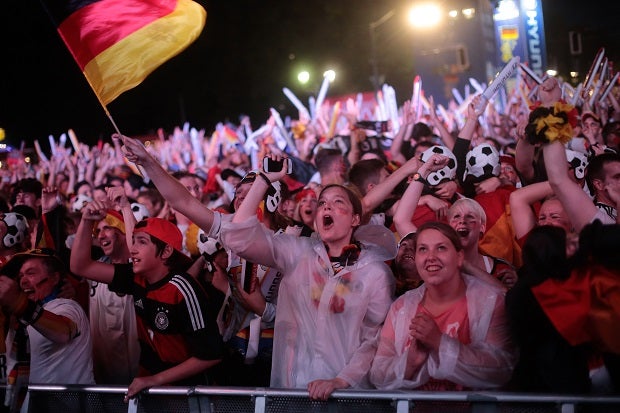 PARIS — Brazil’s record defeat at the hands of Germany in the World Cup semifinal sent Twitter into overdrive, with the social network beating all records of activity for a sporting event.

A total of 35.6 million tweets were sent during the match on Tuesday that saw the Germans thrash Brazil 7-1 — the host nation’s worst loss in its 100-year footballing history.

The previous record had been held by the American Super Bowl in February, which saw nearly 25 million comments unfurl on Twitter, the social network told AFP.

The fifth German goal by Sami Khedira just 29 minutes into the match sparked the most comments, generating more than 580,000 tweets in the space of a minute.

But generally, the jaw-dropping match inspired a deluge of biting comments on the social network by netizens shocked that a team deprived of its injured star player Neymar could suffer such a thrashing.

“Brazil has Neymar, Argentina has Messi, Portugal has Ronaldo but Germany has a team,” one widely retweeted comment said.

Up until now in the World Cup, the nail-biting game between Brazil and Chile that went to extra time and saw the hosts scrape through in a penalty shoot-out had held the Twitter record with 16.3 million tweets.