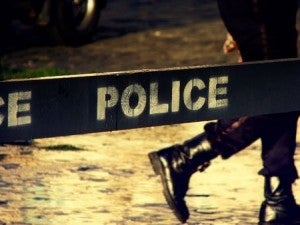 MANILA, Philippines—Anti-cybercrime police arrested on Wednesday six adults and three minors, for hacking American telecommunication company AT&T, causing a $24-million loss from the company and its clients since 2011.

The three minor suspects have been turned over to the Department of Social Welfare and Development ‎(DSWD), said Fabro.‎

In the complaint filed by Zmigrodski, he said that in February 2011, AT&T monitored a “large amount of unauthorized calling activity originating from the Philippines.”

‎”Consequently, he (Zmigrodski) was able to prove and gather evidence of the intrusions over the AT&T long distance network perpetrated by an organized ring of several persons who have conspired to hack into PBX’s and use those PBX numbers as unauthorized access devices resulting in a significant loss to AT&T and its clients,” Sosa explained in the statement.‎

From their landline or mobile phone, the hackers make outbound call to international toll-free numbers in US.

“The pattern of multiple calls with hacked PBX’s connected to their home phone lines provides probable cause that fraud is occurring from that residence,” Sosa said.

He added that the hackers’ home numbers led the police in identifying the‎ them.

Sosa said the suspects will be charged with the violation of Republic Act 8484 or the Access Devices Regulation Act of 1998.

Meanwhile, Villacrusis will be slapped with a separate case for violating Anti-Trafficking of Persons Act of 2012 while a violation of Comprehensive Law of Firearms and Ammunition case will be filed against Mondido.

Chinese man accused of hacking into US computers

Award-winning Filipino hackers bid for US and global business