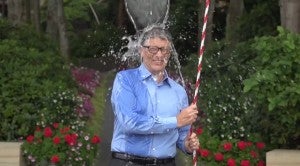 MANILA, Philippines – The Philippines ranked number eight in the top 10 countries which participated in the ALS Ice Bucket challenge, Facebook said in a statement issued after analyzing the viral activity posted on the social media platform.

“Public figures have generated a substantial portion of the engagement around the challenge since June, even Facebook’s own Mark Zuckerberg and Sheryl Sandberg participated and nominated friends,” it said.

The ALS Association defines the disease as “a progressive neurodegenerative disease that affects nerve cells in the brain and the spinal cord.”

The disease slowly takes away the brain’s control of muscles throughout the body leaving the patient totally paralyzed and eventually leading to death.