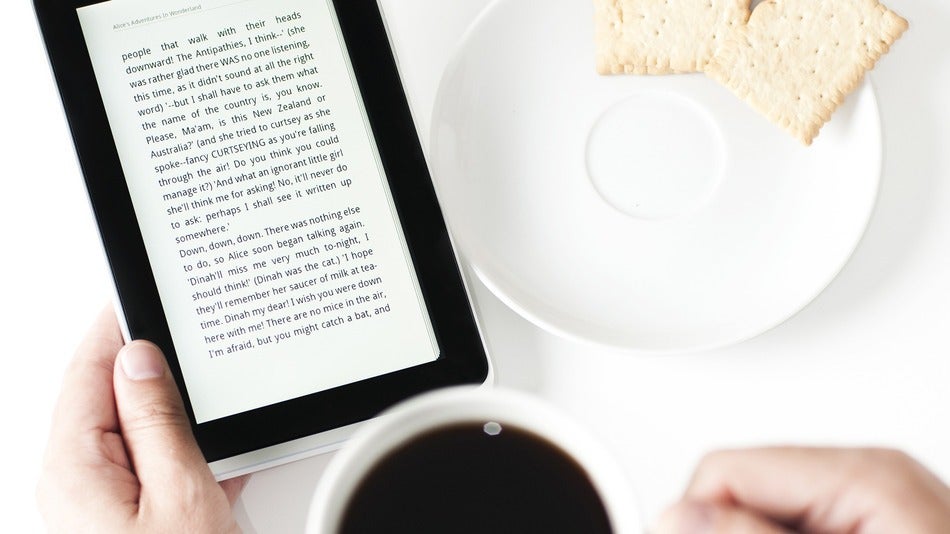 Reading never goes out of style, even in the age of technology. In the advent of smartphones and tablets, book lovers have access to a wealth of apps for reading and beyond, taking the reading experience to a whole new level.

Most readers are tied in with electronic book stores where books can be purchased and downloaded in seconds, such as iBooks, Kindle, Kobo Reader, Google Books, Barnes and Noble Reader, and Sony Reader. Other apps, such as Stanza and Bluefire offer access to free Project Gutenberg titles, and purchased titles from partner e-book stores. Wattpad, an online community for writers, also has its own app for user-generated content: novels, short stories, poetry and other written works by amateur authors. These apps are often multi-device, allowing the reader to seamlessly transfer their reading on an e-reader or computer, with customizable text settings (font size, background theme, leading, margins) and functions such as bookmarks, highlights, dictionary, and notes.

While most e-bookstores carry comic books, major comic book publishers often have dedicated apps, such as Marvel Unlimited, DC Comics, Dark Horse Comics,Viz Manga, Archie Comics, Simpsons Comics, and Disney Comics. There are also apps by e-comic distributors, such as ComiXology, IDW Comics, and Madefire, which sell e-comics from a variety of publishers. Those who prefer a more customized e-comic reading experience, or import previously purchased comics can download comic book reader apps, such as Comic Zeal, iVerse, MangaStorm, and many more.

Popular sites for digital audio books, such as Audible.com, LibriVox.org, and Audiobooks.com, have their own apps that allow users to purchase, download, and play audio books. These apps usually have special playback features, such as bookmarking, sleep timer, adjustable play speed, and multitasking functions.

Many children’s books are published in app form nowadays, to capture the attention of young readers and develop a variety of skills. Popular franchises, such as Sesame Street, Winnie the Pooh, Dr. Seuss, Toy Story, My Little Pony, Curious George, Peter Rabbit, Disney Princesses and Shrek, have launched digital collection apps that allow in-app purchase of a library of titles.  Some apps also feature singular titles as interactive storybooks – even local publishing houses have launched apps of bestselling children’s books, like Adarna House’s “Day at the Market” (“ArawsaPalengke”). The books often come with special interactive features and animation, options to read along or read independently  (some even allow you to record your reading), and mini-games. 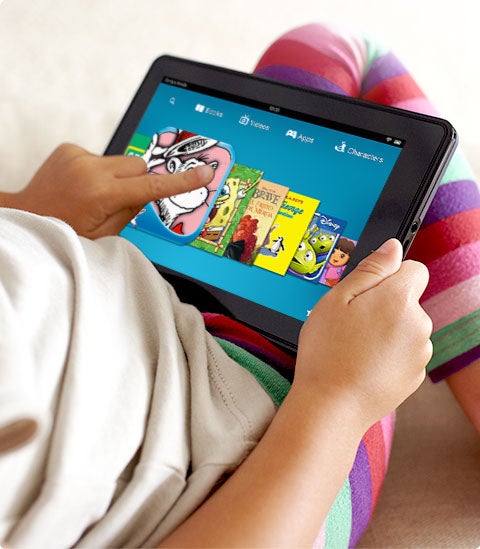 Popular social networking sites for readers, such as GoodReads and Library Thing, have gone mobile with their own apps, essentially allowing users to log on to their accounts on these social networks within dedicated apps, catalogue their books, join forums, and connect with fellow readers.

Dedicated cataloging apps allow users to keep track of their personal libraries. Apps like Book Crawler, IReadItNow, Book Catalogue, Books App, Book Log, MyBookDroid, Book Hunter, iBookShelf, iCollect Books, Book Buddy, and a myriad of other apps are available to help readers catalogue and organize their collections. Books can be inputted manually or via a barcode scanner app, allowing the app to fill in the details via a web search. Readers can also add other information like date acquired, date read, rating, comments, and other similar information before filing the books into virtual folders or bookshelves. Lists can then be exported into spreadsheets and emailed or stored in a cloud for easy access and convenience.

The MIBF once again welcomes book lovers to celebrate the written word in all its forms, as it unites bibliophiles and major players in the publishing industry in its continuing efforts to promote books and reading, with the largest and most varied collection of titles that will surely inspire the avid reader.

The MIBF runs from Sept. 17-21 at the SMX Convention Center, Seashell Drive, Mall of Asia Complex, Pasay City. MIBF is organized by Primetrade Asia, Inc. in partnership with Asian Catholic Communicators, Inc., Book Development Association of the Philippines, Philippine Booksellers Association, Inc., and the Overseas Publishers Representatives Organization of the Philippines. For details, call 896-0661 or 896-0682, or send e-mail to [email protected]