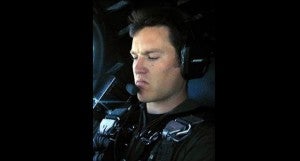 In this undated photo released Saturday, Nov. 1, 2014, by Scaled Composites, shows Michael Alsbury, who was killed while co-piloting the test flight of Virgin Galactic SpaceShipTwo on Friday, Oct. 31, 2014. AP

TEHACHAPI, California — Michael Alsbury, who was killed in the test flight of Virgin Galactic’s prototype space tourism rocket, was a respected test pilot and devoted husband and father of two young children, his employer and neighbor said Saturday.

Alsbury, 39, was the co-pilot during Friday’s ill-fated test flight of SpaceShipTwo high over the Mojave Desert.

Peter Siebold, who piloted SpaceShipTwo and survived, was described as alert and talking with his family and doctors, the statement said.

Alsbury had at least 15 years of flight experience and logged more than 1,600 hours as a test pilot and test engineer, according to a biography posted on the Society of Flight Test Engineers’ website. He was listed on the website as an event speaker for the group last year.

At Scaled Composites, Alsbury participated in the flight testing of nine different manned aircraft and co-piloted SpaceShipTwo when it broke the sound barrier during its first powered flight last year. He was also sitting in the co-pilot’s seat when the craft first dropped in 2010 from its carrier aircraft several miles above the Earth for an unpowered glide test.

Alsbury flew primarily as the craft’s co-pilot, logging at least seven trips from 2010 to early 2014, according to test-flight logs. 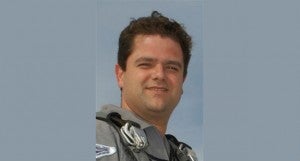 Alsbury’s next-door neighbor in Tehachapi, California, Patricia Kinn, had known him for years and described him as a devoted father of a young son and daughter. The last time she saw him he was playing with the kids in his yard.

“He was a very down-to-earth family man,” Kinn said. “He was very humble. He never bragged, never boasted.”

Kinn, who works in flight testing for another company, said the aerospace community is a close one connected with businesses at the Mojave Air and Space Port and nearby Edwards Air Force Base.

“It was a horrible day yesterday for everyone,” she said “What’s hard is the family is suffering the loss of their dad. And they were very tight.”

Alsbury earned a degree in aeronautical engineering from California Polytechnic State University, San Luis Obispo. He was the recipient of Northrop Grumman’s President’s Award for Innovation-for-Affordability Excellence this year.