Sweep to offer alternative payment for SLEX, other tollways 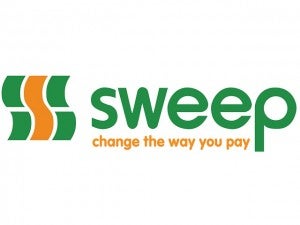 “Before the year ends, we wish to soft launch Sweep Card payments at the SLEX cash lanes. as well as make our free mobile app available for download both of iOS and Android,” Hassaram said.

She said that special Sweep lanes will be made available for tollways utilizing the card.

Asked if Sweep would be coming to the Metro Rail Transit, Hassaram said that they lost the bidding for the public-private-partnership (PPP) contract in adding Point of Sale, Touch terminals for the MRT.

“In the meantime, what’s really going to happen is that we are aiming for taxis and buses to expand our transportation network,” Hassaram said

Sweep uses Radio Frequency Identification (RFID) technology to store cash and interface with Point of Sale (POS) terminals. The card is used to facilitate cashless transactions for goods and services from Sweep’s partners.

Currently Sweep has partnered with one hundred merchant partners, most of them restaurants, and plans to add more.

Hassaram hopes that the card will alleviate consumer hassle when transacting with bills and coins.

According to the Bangko Sentral ng Pilipinas (BSP), only one percent of the approximately 2.5 billion payment transactions in the Philippines each month were done through electronic payments. However, the BSP expects the number to grow and is currently in the process of codifying guidelines for e-payments.

“The Philippines is being left behind in this technology,” Hassaram said, “Singapore has its EZ-Link and Hong Kong has the Octopus card. These cards have been in use for years but there is still no Philippine equivalent.”

“We hope to bring these technological innovations to Filipinos, especially those living in the provinces,” she added.

Sweep offers basic services such as digital wallet, expense tracking and bills payment. Cardholders can also use Sweep to withdraw money from any ATM.

Since its launch in early January of 2014, Hassaram said that Sweep is ready for ‘more exposure’ as most of its online features are now in place.

“We expect the mobile app to be out by December,” she said, “You can track almost all of the features of the card in a single app, as well as using maps to point out the nearest Sweep partner business.”

Google partners with Pagasa to release Public Alerts for PH