Grand Theft Auto pulled out in Australia over ‘violence’ 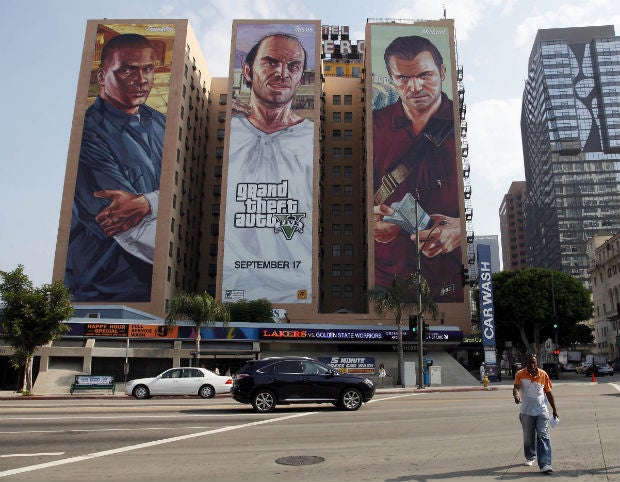 This Sept. 10, 2013 file photo shows the “Grand Theft Auto V ” billboard at Figueroa Hotel in Los Angeles. Target Australia said Wednesday, Dec. 3, 2014, it is removing “Grand Theft Auto V” from store shelves after an online petition signed by more than 40,000 individuals asked the retailer to stop selling the video game because they said it encourages players to murder women for entertainment. AP

Target, a popular department store chain, acted after a petition authored by former sex workers, which has so far been signed by more than 40,000 people, called it a “sickening game”.

“Games like this are grooming yet another generation of boys to tolerate violence against women,” the petition said.

“It is fueling the epidemic of violence experienced by so many girls and women in Australia — and globally.”

“We’ve been speaking to many customers over recent days about the game, and there is a significant level of concern about the game’s content,” he said.

“We’ve also had customer feedback in support of us selling the game, and we respect their perspective on the issue.

“However, we feel the decision to stop selling GTA5 is in line with the majority view of our customers,” he added.

Cooper said Target, which has some 300 stores in Australia but is not connected to the US retail giant of the same name, would continue to sell other R-rated games, suitable for over 18s.

“While these products often contain imagery that some customers find offensive, in the vast majority of cases, we believe they are appropriate products for us to sell to adult customers,” he said.

“However, in the case of GTA5, we have listened to the strong feedback from customers that this is not a product they want us to sell.”

Kmart, which like Target is owned by diversified conglomerate Wesfarmers, said it was also pulling the game from the shelves of its stores. The company has 190 outlets in Australia and New Zealand.

“Following a significant review of all content in Grand Theft Auto Games Kmart has taken the decision to remove this product immediately,” spokesperson said.

Grand Theft Auto has won legions of fans around the world, and as many critics, for game play in which winning depends on acts such as carjacking, gambling and killing.

The fifth installment in the series is set in a fictional city of Los Santos based on real-world Los Angeles and its nearby hills and beaches.

What parents should know about video games