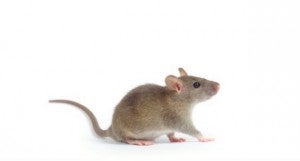 PARIS, France — A new compound, tested so far on rats, shows promise in restoring functions lost by paralyzing injury to the spinal cord, a study said on Wednesday.

Called intracellular sigma peptide (ISP), the drug helped lab animals with severe spinal injury recover the ability to urinate or move, or both, it said.

More work is needed, but the scientists behind ISP said the results boosted hopes for a future therapy for humans.

“We’re very excited at the possibility that millions of people could, one day, regain movements lost during spinal cord injuries,” said Jerry Silver, a professor of neurosciences at Case Western Reserve University in Cleveland, Ohio.

Published in the journal Nature, the research looked at ways of overcoming scarring when nerve fibers in the spinal cord are damaged and signals from the brain no longer reach muscles below the injury site.

Nerve fibers try to cross the injury site and reconnect with other fibers, but become trapped at the scar site by sticky proteins called proteoglycans.

ISP is designed to act on the receptor on the surface of the nerve cells. Like a switch, it turns off a response to the proteoglycans that causes the blockage.

In the experiment, 26 rats were given severe spinal cord injuries followed by daily injections of the treatment for seven weeks.

Twenty-one of the 26 regained one or more of three functions — the ability to walk, to balance and to control when and how much they urinated.

Some animals regained all three, others one or two, and five none. Why a specific animal regained a specific function remains unclear.

ISP drug did not cause nerve fibers that control movement to cross the scar area and reconnect with those on the other side.

On the other hand, it induced “sprouting” of these fibers below the injury site.

The sprouting may have had the effect of boosting levels of an important neurotransmitter, serotonin, among the few nerve fibers that had not been damaged.

“This recovery is unprecedented,” Silver said in a press release issued by the university.

“Each of the 21 animals got something back in terms of function. For any spinal cord-injured patient today, it would be considered extraordinary to regain even one of these functions, especially bladder function.”

“I hope that other scientists will explore this exciting development,” he told Britain’s Science Media Center, cautioning though that “a lot more work has to be done” before human trials could be envisaged.