MANILA, Philippines—Shopping for the perfect tablet with dozens of models to choose from is one tricky experience.

There are tablets which have two, four or even eight cores as processors, so it can be very confusing. Adding to the confusion is that they come in different sizes, connectivity options, and operating systems.

But worry not. Intel’s advice: “Look at the overall performance and ask yourself, which one is right for me?”

Intel marketing manager Randy Kanapi said that quality of the processors and not just their quantity should be among the key considerations when buying a tablet.

Kanapi said the processor is the brain of the tablet, adding that while tablets don’t differ much on the surface, it is what’s inside that would determine the overall performance of the device. 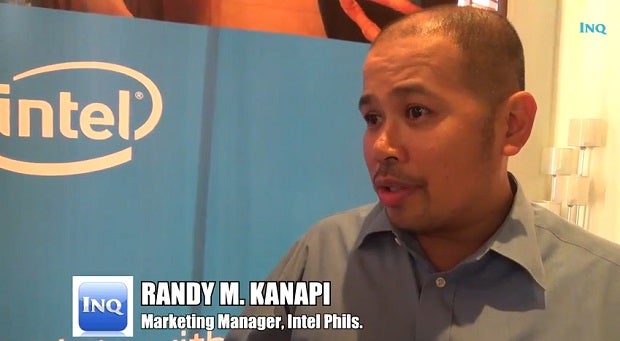 He said that when it comes to the number of “cores” in a processor, fewer cores can be more efficient or powerful than having more.

Simply put, it is not the number of cores that matter but the quality of those cores. The notion that more or bigger cores equal to better performance is misleading.

“A core sucks in instructions and then processes them. It’s like a calculator, but having mulitple calculators doesn’t help solve the simple sums,” said Christopher Kelly, head of Intel’s Malayasia Design Center which comes up with the Intel chips.

“More cores aren’t always better beacuse overall performance depends very much on how complex the sums are and how well designed the cores are to work together,” he said.

To drive Intel’s point on the importance of quality over quantity, a chef and four journalists faced off in an cooking competition at the Raffles in Fairmont Hotel in Makati City.

While the cooking competition was ongoing, Calum Chisolm, country manager of Intel Philippines also discussed other important features to look for when buying a new tablet and how buyers can tell which device offers the best user experience and has the best specs.

After the cook fest, the chef won the competition over the four journalists. Chisolm said this exemplified that more is not always better.

Chisolm also stressed on choosing the right processor, citing buyers should not just look about “lot of cores in the processor.”

Intel summarized that after all things are considered, “comparing a tablets based on the number of cores is misleading because not all cores are created equal.”

As they put it, “don’t get caught by the core count myth.”

Sales of tablet computers in PH doubled in Q1