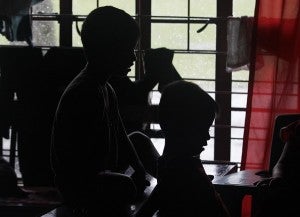 In a statement sent to Inquirer, Ramon Isberto, spokesperson and head of Public Affairs Group at PLDT, Smart and Sun, said Smart and Sun continued to operate in most areas affected by Ruby except in Eastern Samar and Northern Samar.

“So far we have not received any reports of serious damages to our facilities. The winds and rain are still very strong in the affected areas,” he said.

“We are conducting more detailed assessments and are beginning restoration work as conditions on the ground allow us to. We are in touch with our people in the field who have been reporting via fixed line, mobile and satellite phones,” he added.

PLDT, Smart and Sun have prepositioned network restoration equipment and personnel at strategic points along the expected path of the powerful storm.

Isberto said Libreng Tawag or free call stations were ready to be set-up and opened in coordination with local governments to help affected residents communicate with their loved ones.

Isberto said the companies can open their facilities in areas affected for Libreng Charging or free phone charging.