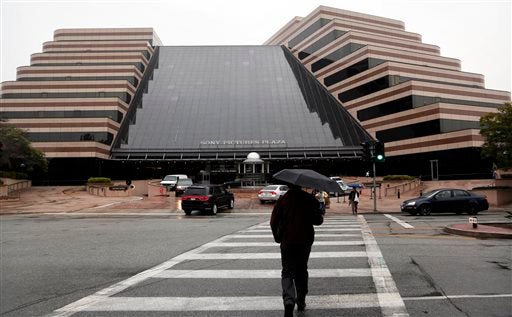 Pedestrians cross a street in front of the Sony Pictures Entertainment headquarters in Culver City, California on Tuesday, Dec. 2, 2014. AP

LOS ANGELES — The US Federal Bureau of Investigation (FBI) is investigating threatening emails sent to employees of Sony Pictures, which was hit by a disruptive cyber attack last week.

However, Variety says a group that first hacked Sony on Nov. 24 is taking credit for an email, written in broken English, that demands employees object to “the false of the company.”

“If you don’t,” the message warns, “not only you but your family will be in danger.”

There has been speculation that the attack was North Korean retaliation for Sony’s new movie, “The Interview,” about an attempt to assassinate that country’s leader, Kim Jong Un.