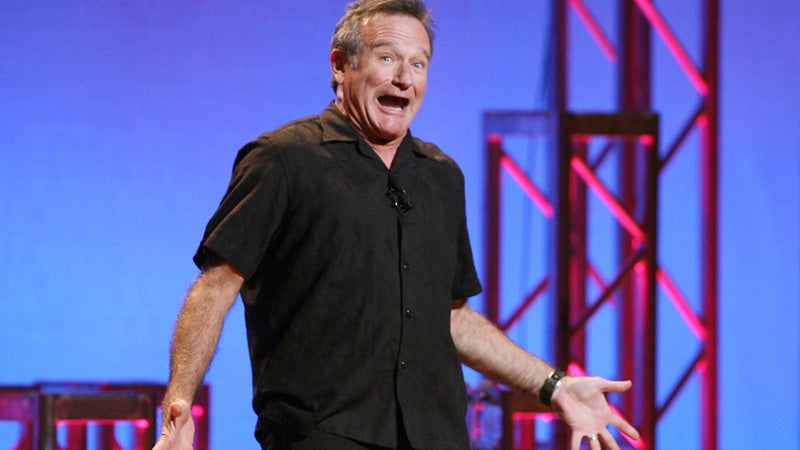 Comedian Robin Williams is full of life in this file photo. Williams however committed suicide on August 11, 2014. A study on life expectancy shows that people were living longer but suicides were on the rise. AP

PARIS, France – People around the world lived on average to a ripe old age of 71.5 in 2013, up from 65.3 in 1990, a study said Thursday, noting the gains came despite big increases in liver cancer and chronic kidney deaths.

The increase was attributed to falling death rates from cancers (down by 15 percent) and cardiovascular disease (down by 22 percent) in high-income regions of the world.

Only one region, sub-Saharan Africa, did not benefit from the upward trend with deaths from HIV/AIDS resulting in a drop in average life expectancy of five years.

“The progress we are seeing against a variety of illnesses and injuries is good, even remarkable, but we can and must do even better,” lead author Dr Christopher Murray, professor of Global Health at the University of Washington, said.

“The huge increase in collective action and funding given to the major infectious diseases such as diarrhea, measles, tuberculosis, HIV/AIDS and malaria has had a real impact,” he added.

The study found, however, that death rates from some major chronic conditions were on the rise, including liver cancer caused by hepatitis C (up 125 percent since 1990), drug use disorders (up 63 percent), chronic kidney disease (up 37 percent), diabetes (up nine percent) and pancreatic cancer (up seven percent.)

The Global Burden of Disease Study 2013, funded by the Bill & Melinda Gates Foundation, also found that some low-income countries such as Nepal, Rwanda, Ethiopia, Niger, the Maldives, Timor-Leste and Iran had seen exceptional gains over the past 23 years with life expectancy in those countries rising by more than 12 years for both sexes.

In India too, good progress had been made on life expectancy, with a rise of almost seven years for men and just over 10 years for women between 1990 and 2013.

But the study noted that suicide was a growing public health problem in India with half the world’s suicide deaths alone occurring in India or China.

And despite dramatic drops in under-five deaths from 7.6 million in 1990 to 3.7 million in 2013, the study also noted that lower respiratory tract infections, malaria, and diarrheal disease were still in the top five global causes of child deaths, killing almost two million children a year.