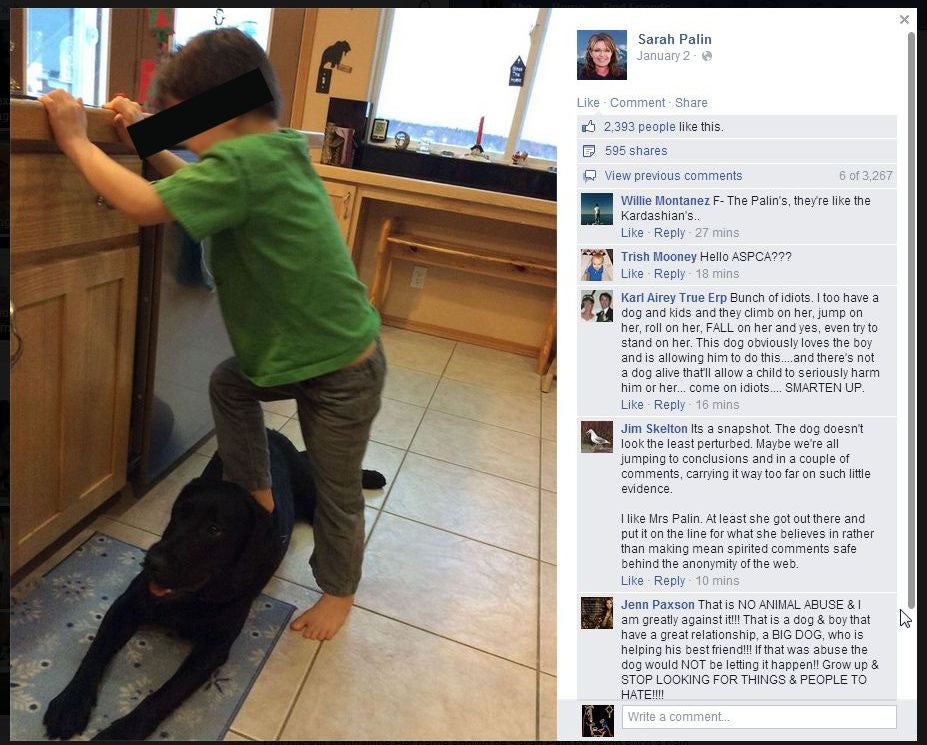 A photo of one-time Republican US vice presidential nominee Sarah Palin’s young son standing on a dog to reach the kitchen sink is drawing sharp reaction both in support and in protest.

The image of Trig, presumably preparing to wash dishes, and the reclining and seemingly relaxed black Lab-type animal is posted on the former Alaska governor’s Facebook page.

“May 2015 see every stumbling block turned into a stepping stone on the path forward. Trig just reminded me. He, determined to help wash dishes with an oblivious mama not acknowledging his signs for “up!”, found me and a lazy dog blocking his way. He made his stepping stone,” she wrote. 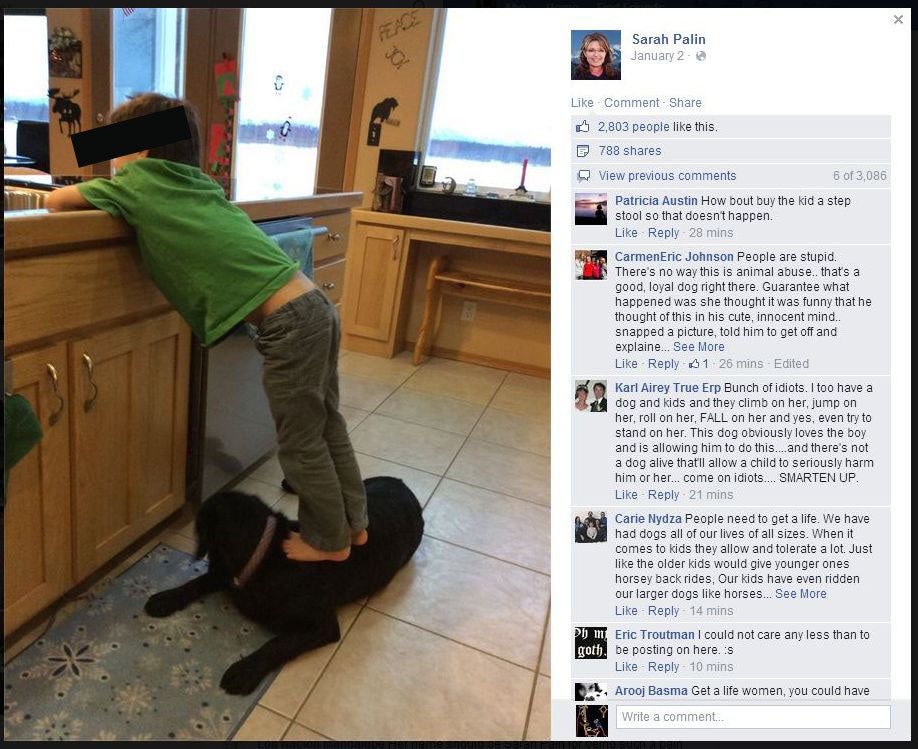 The online response to the 2008 vice presidential nominee’s New Year’s Day post was fast and at times furious.

There were nearly 70,000 responses liking the photo along with a wide variety of comment.

Some blamed Palin, her politics, or called it animal mistreatment. Others offered her support and said the dog would have moved if it had been hurt.

The president of People for the Ethical Treatment of Animals commented Saturday, the Oregonian reports. 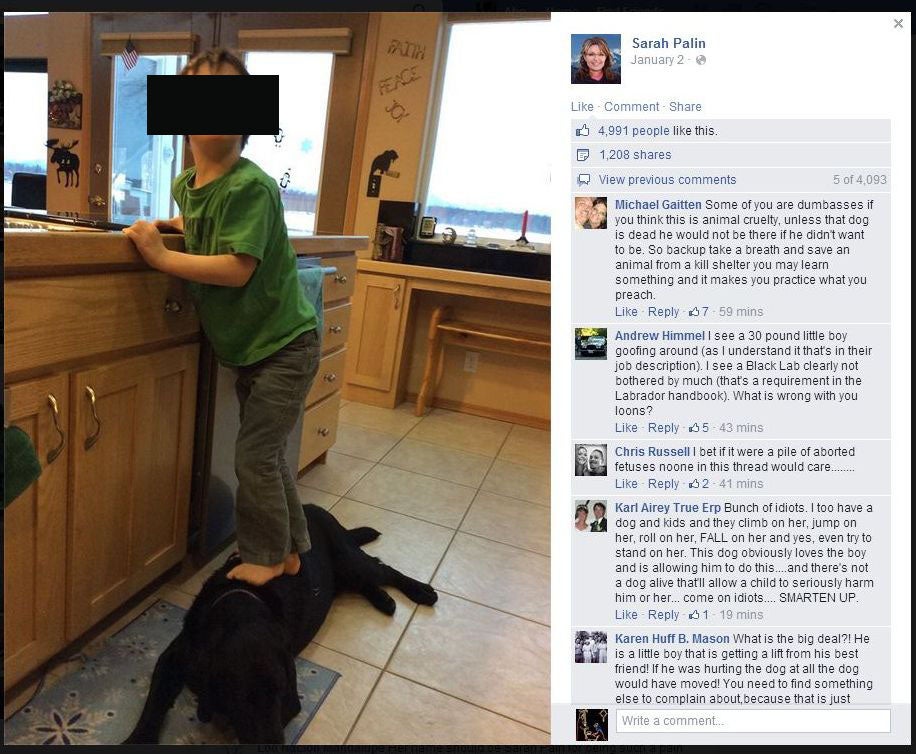 “PETA simply believes that people shouldn’t step on dogs, and judging by the reaction that we’ve seen to Sarah Palin’s Instagram photo, we’re far from alone in that belief,” Ingrid Newkirk said.