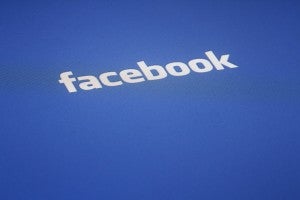 This May 16, 2012, file photo shows a Facebook logo displayed on the screen of an iPad in New York. AP FILE PHOTO

SAN FRANCISCO, United States — Facebook on Thursday launched a new feature that automatically provides tips about places where members of the social network might be, potentially challenging review websites like Yelp.

“Place tips will show you fun, useful and relevant info about the place you’re at,” Facebook product manager Mike LeBeau said of the capability making its debut on the version of the social networking application tailored for iPhones.

The new feature could pose a challenge to crowd-sourced review service Yelp by giving people the option of seeking the opinions of friends regarding restaurants, hotels, and other venues.

GPS tools in smartphones coupled with Wi-Fi and cellular carrier signal information provide an idea where people are, then Facebook sends prompts in the form of icons atop News Feeds.

Tapping Place Tip icons serves up information such as comments or photos about the place by friends at the social network and details or event listing from Facebook business pages if any exist regarding the spot.

Facebook users need to give permission for the application to known their location, and diving into tips does not post anything to the social network or reveal locations to others, according to LeBeau.

Place Tips will debut in coming weeks with test runs at busy places in New York City including Central Park; Times Square; the Brooklyn Bridge, and the Statue of Liberty.

Facebook is also testing synching Place Tips to beacons that use  Bluetooth signals to sense when smartphones are in range at places such as The Metropolitan Museum or Art, Dominique Ansel Bakery, and the burger joint at Le Parker Meridien Hotel.