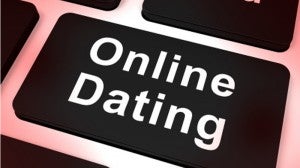 With Valentine’s Day just around the corner, the Bureau of Customs (BOC) on Friday warned the public anew against so-called online “love scams.”

According to the bureau, it continues to receive reports about the modus operandi of “love scammers” who target single men and women searching for love online.

The scam begins with the suspects befriending the victims online using social networking sites like Facebook, internet chat rooms or other dating sites. Most of the e-mail senders supposedly come from Australia, the United Kingdom and the United States.

After several weeks or months the perpetrators would send a message that they have sent a box containing expensive gifts like designer bags, jewelries, gadgets like laptops and smartphones via international door-to-door parcel complete with tracking number and invoice for the supposed shipment.

The victims would then receive an email, a phone call, or a text allegedly from an officer or an employee of the BOC informing them that package was held in BOC and that it would be sent to them only after they pay customs duties and taxes to be deposited in a designated bank account or money transfer service.

After remitting the money to a bank, however, the package never arrives and their “significant other” never contacts them again.

In July last year, the BOC reported that at least 44 people in Manila reported that they fell for the scam. But this number did not include those residing in the provinces.

Customs Commissioner John Sevilla, in a statement, said they are continuously receiving reports not only here in Manila but also from their provincial collection districts.

However, he said they seldom receive official complaints.

“Just phone calls from the victims that they have been scammed. But they don’t leave information. Maybe they are not comfortable talking about their predicament due to its sensitive nature,” Sevilla said.

“Please be advised that with [regard] to packages, parcels or even balikbayan boxes, the Bureau of Customs deals with the consolidator, forwarder or courier in charge of your package directly so if ever there is a problem with your packages, the BOC will not call, text or email you but will communicate with your consolidator, forwarder or courier,” he said.

“BOC does not also give assessments and computations of duties and taxes by email or text. These are computed and written on official BOC document that are payable only to the Bureau and not through any bank or money transfer service,” he added as he urged the public to be more vigilant against these scams.

Prior to making any payment, recipients of emails purportedly sent by the bureau were advised to inquire first through its public assistance contact channels (+632) 9173201, or email [email protected], and Twitter: @CustomsPH.