SpaceX launch of observatory, landing test off until Tuesday 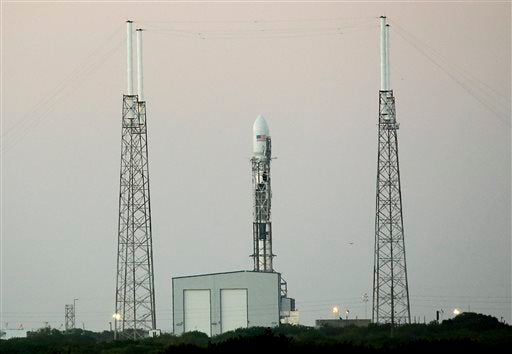 CAPE CANAVERAL, Florida — A deep-space observatory has to wait yet another day before flying.

The SpaceX company called off Sunday’s launch attempt because of trouble with rocket-tracking radar. The company targeted Monday, but decided to wait until Tuesday for better weather.

That gives SpaceX time to replace a video transmitter on the first-stage booster of the Falcon 9 rocket. Following liftoff, the leftover booster is supposed to flip around and aim for a platform floating off Florida’s coast. The landing test has been tried once before, without success.

Former US Vice President Al Gore came up with the idea for a spacecraft that constantly observes Earth in the 1990s, but the program was canceled and the satellite shelved. The Deep Space Climate Observatory is a refurbished version.