MANILA, Philippines—Nine months after Spotify was launched in the Philippines through a partnership with Globe Telecom, the popular music streaming application now has over 3 million users in the country, revealed Globe Telecom’s Senior Advisor for Consumer Business Group Daniel Horan on Thursday. This translates to over 3 million Filipinos enjoying songs by their favorite artists legally.

Similar to how Globe’s partnership with Spotify has significantly changed – improved, even – the music streaming landscape in the country, the telecom’s partnership with HOOQ, a newly-launched video on demand (VOD) streaming service, is expected to have the same effect on the Philippines’ media consumption culture. 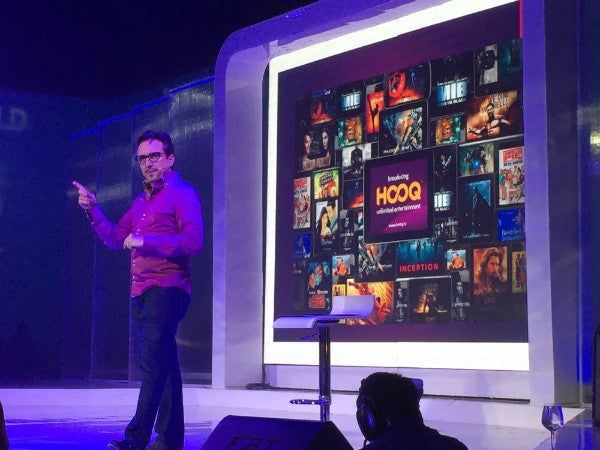 HOOQ is the brainchild of a convergence among key players in the entertainment and telecommunications industry. Powered by Singtel, Sony Pictures Television (SPT), and Warner Bros. Entertainment, it is a direct competitor of on-demand media streaming pioneer Netflix.

HOOQ will be available for download on any smart device, which includes computers, smartphones and tablets.

HOOQ users may download and keep up to five movies in their HOOQ library, and they can change these movies “…an unlimited number of times,” HOOQ CEO Peter Bithos said.

But how affordable is the subscription to HOOQ?

“[So] we’ll have 20, 30 times the content of anybody else, in a customer experience that is custom-built for the emerging market customer, for the local Filipino, and we’re going to launch it here first in the Philippines. Unlimited subscription service, watch all you want for one simple price,” Bithos said during HOOQ’s Thursday night press launch.

“For P199 a month, you get the movies that you want, the television series that you want, and we’ll be launching it very soon,” Bithos said. Globe will soon be offering HOOQ as a bundled service with its GoSURF and Tattoo broadband plans. 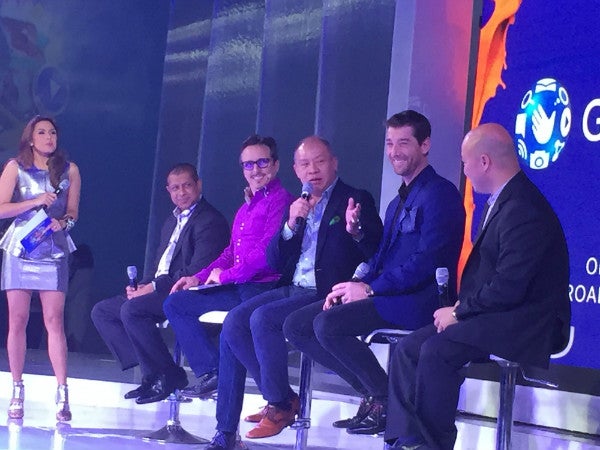 How exactly is Globe preparing its network for this innovation? Horan shared, “For the last few years, we’ve been modernizing the network and we’ve poured in major investments doing that. But more importantly, when you look further forward, we’ve also committed to extend our LTE network across the country. So over the next 12 months, we’ll be rolling out LTE technology in about 4,000 base stations.”

These modernizations are expected to give customers “…the ability to really have a proper fast network,” according to Horan.

HOOQ will initially roll out in the Philippines, and soon be made available in India, Indonesia, and Thailand.

“Globe is in the best position to offer this type of service as the leader in enabling the digital lifestyle of Filipinos and the number one network for smartphones. We see the video-on-demand services offered by HOOQ as a critical offering representing the future of the industry. Now that consumers have access to a variety of international and local content, entertainment will now be more personal, and with Globe, this means experiencing it with the highest quality.’ enthused Ernest Cu, President and CEO of Globe.

As groom’s father, bride’s mother thought to have eloped, couple pushes through with wedding