UK 1st country to allow creation of embryos from 3 people 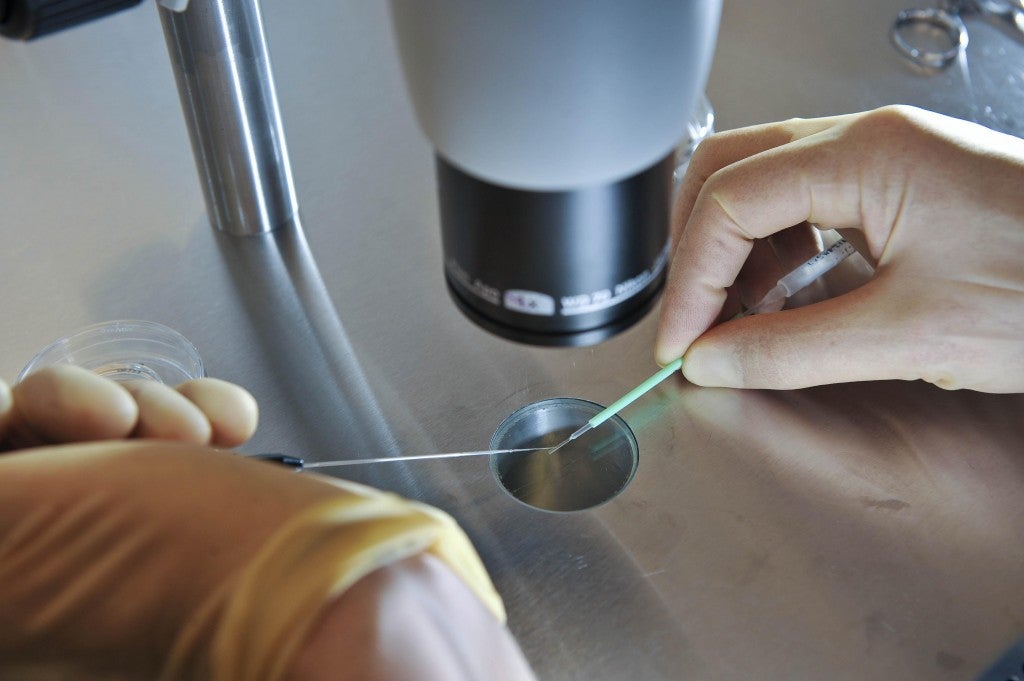 In this Aug. 11, 2008 file photo, a scientist works during an IVF process. British lawmakers will vote Tuesday Feb. 3, 2015, on whether to allow scientists to use controversial techniques to create babies from the DNA of three people to prevent children from inheriting potentially fatal diseases from their mothers, a move that could make the country the first in the world to allow embryos to be genetically modified. AP

LONDON, United Kingdom — Britain has become the first country in the world to allow the creation of human embryos from the DNA of three people, a technique intended to help mothers avoid passing on genetically degenerative diseases to their babies.

The methods involve altering an egg or embryo before it is transferred into a woman which had previously been forbidden by British law. They are intended to avoid passing on defects in the mother’s mitochondria, which can result in diseases including muscular dystrophy, heart, kidney, liver failure and severe muscle weakness.

The methods would likely only be used in about a dozen British women every year, who have faulty mitochondria, the energy-producing structures outside a cell’s nucleus. To fix that, scientists remove the nucleus DNA from the egg of a prospective mother and insert it into a donor egg from which the donor DNA has been removed. That can happen before or after fertilization.

“This result will be life-changing for many women living with mitochondrial disease, giving them the precious chance to bear unaffected children, removing the condition from a family line and reducing the numbers faced with its devastating effects,” said Robert Meadowcroft, chief executive of the Muscular Dystrophy Campaign, in a statement. He called it a “monumental moment” in the search for treatments and cures for people affected by the condition.

But critics charge the new techniques cross a fundamental scientific boundary, because changes made to the embryos will be passed on to future generations.

The Center for Genetics and Society, a U.S. advocacy group, called the decision “a historic mistake” that would “turn children into biological experiments and sell wildly exaggerated hope to women already in a challenging position.”

Last year, the U.S. Food and Drug Administration held a meeting to discuss the techniques and scientists warned it could take decades to determine if they are safe. Experts say the techniques are likely being used elsewhere, such as in China and Japan, but are mostly unregulated.

UK moves toward making babies from DNA of 3 people