Look, Ma, that car just turned into a bike! 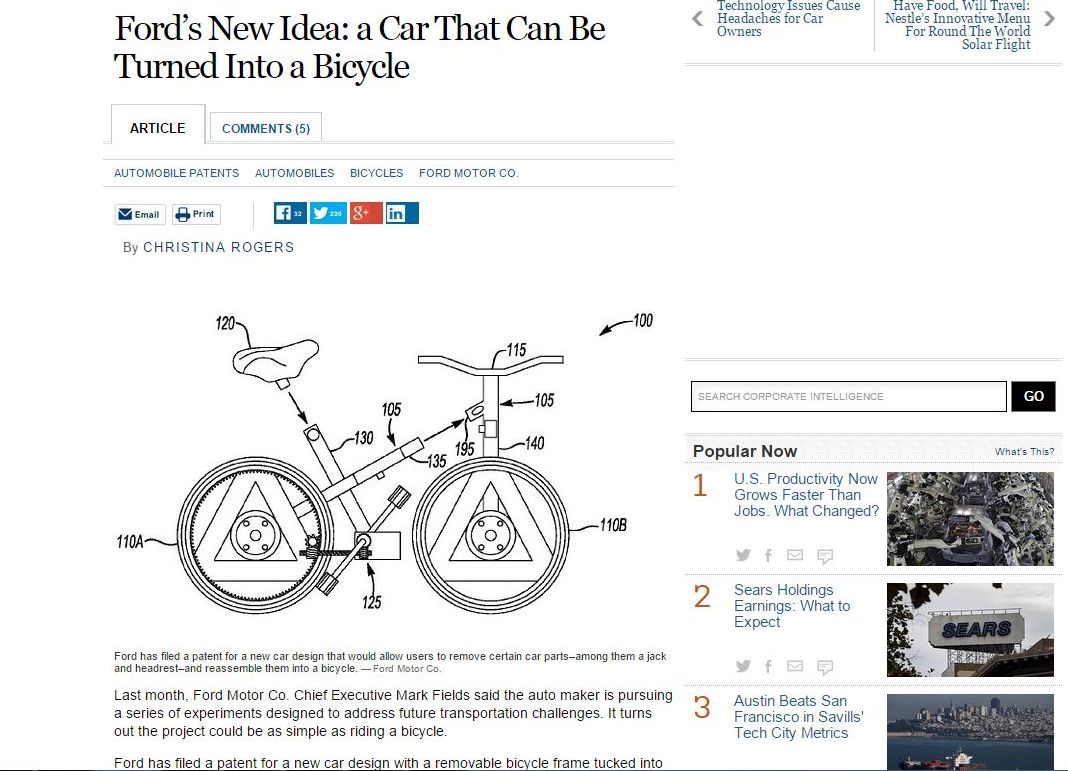 MANILA, Philippines – Ford Motors Co. has filed a patent for a new car design that could be transformed into a bicycle.

In a report by the Wall Street Journal, Ford is doing a series of experiments designed to address future transportation challenges.

The report said the new design would allow car users to remove certain parts of the car like the jack and headrest and reassemble them into a pedal-powered two-wheeler or a bicycle.

The report added that Ford made the patent filing in August 2013 but was only made public earlier this February.

“The Dearborn, Michigan auto maker says parts can serve a dual purpose, with the jack becoming a pedal and gear assembly to turn one of the wheels. In one instance, the car’s headrest could morph into a bicycle seat. As for the bike’s wheels, they could be combined to form a spare wheel that may be used by the vehicle,” the report said quoting parts of the filing, which was published in the United States patent database.

But since the design is still on an experiment stage, many things are still unclear, the report said.

It cited that the duration  how long the bike would take to assemble or how willing users would buy a car with saddle-shaped headrests has yet to be disclosed.

According to the report, Ford has yet to be granted a patent for the new design citing that the United States Patent and Trademark Office takes about 27 months on average for a decision to be made.