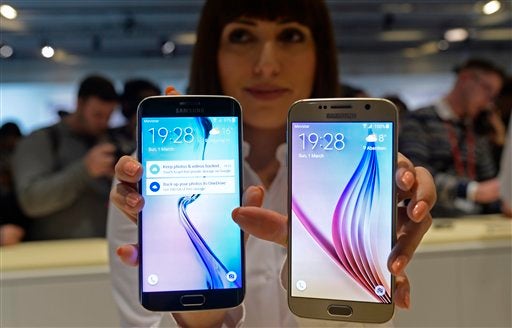 The new Galaxy S6, right, and S6 Edge are displayed during a Samsung Galaxy Unpacked 2015 event on the eve of this week’s Mobile World Congress wireless show in Barcelona, Spain, Sunday, March 1, 2015, unveiling a new phone that ditches its signature plastic design for metal and glass. AP PHOTO/MANU FERNANDEZ

This time, Samsung deviated from its standard plastic setup as the phones are now built with combined metal and glass, giving it a more premium feel.

While the two may be similar on the inside, the S6 Edge slightly differs in design. Samsung says the S6 Edge is the world’s first dual-edge phone sporting a durable Corning Gorilla Glass 4. The edges function as a notification center even if the phone is placed upside down. 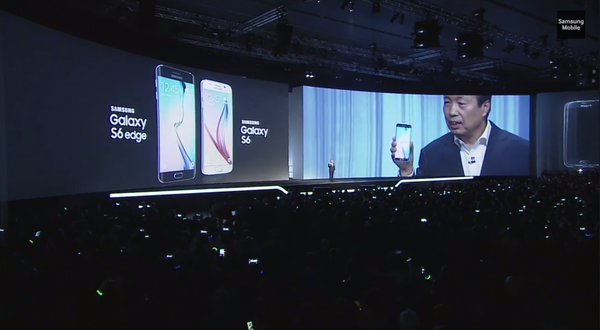 “We all thought it’s a thing of the future. This is a result of craftsmanship only Samsung can achieve,” boasts Younghee Lee. 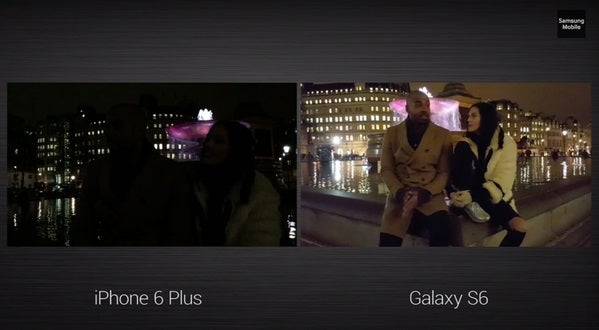 Samsung decided to go with a built-in battery this time, ditching the old removable battery set up. It claims they didn’t go built-in until they haven’t mastered fast charging.

It claims the phone needs only 10 minutes of charging time to acquire 4 hours’ worth of battery. The unit is also capable of charging wireless through WPC and PMA wireless charging standards. 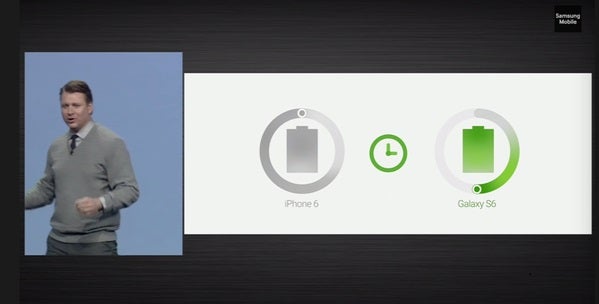 Both phones will be available worldwide on April 10.

The global launch of the Samsung Galaxy S6 and Galaxy S6 Edge is on April 10. #SamsungGalaxyS6 pic.twitter.com/tnFVh8yK7j