MANILA, Philippines—In the ’80s, video calls were nothing more than a silly snippet in the sequel of your favorite childhood movie “Back to the Future,” and location tracking, land surveying, and people scouting were tasks only the spider-looking robots of “Star Wars” could fulfill.

But little did the creators of these films know that 35 years later, the ambitious technological advancements they projected would actually become a reality.

Fast forward to 2015: Everyone can now enjoy video calls, talk to devices, use GPS to explore the world, and so much more. So what happened in a span of 35 years for these tech fictions to become the world’s reality?

A lot of scientific inventions happened, that’s for sure. But somewhere along the way, the Internet appeared, and ever since, it has caused a great deal of change in the way humans live.

Here are eight aspects of human life significantly affected by the arrival of the Internet, as predicted by these landmark ’80s sci-fi films:

Spock of Star Trek had been fluent in the computer language decades before it was cool.

Spock’s over the top research and troubleshooting capabilities were all thanks to the fictional advanced technology they had in the universe of Star Trek. But today, in the presence of the Internet and search engines, it is no longer a fiction that anyone can learn about anything in just a few clicks. 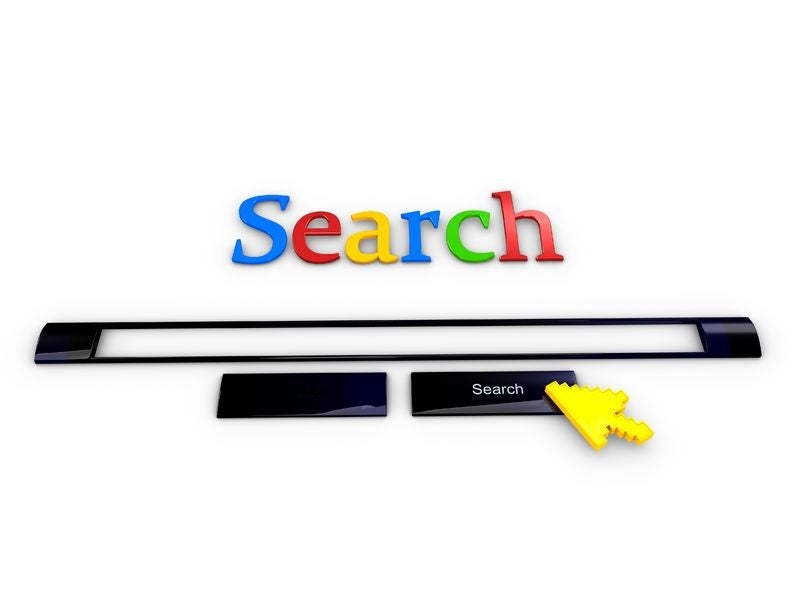 When the Internet eventually became a household necessity, everyone became a Spock—a better version even—because today, people not only have access to academic-related materials online, but they have connection to almost anything available on the Web. 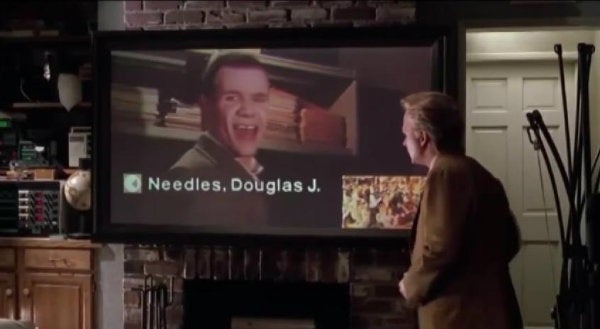 Marty McFly receives a call from his friend Douglas Needles in “Back to the Future 2.”

It was both an ambitious projection and a witty joke when “Back to the Future 2” showed the world that it was possible to talk to someone through a larger-than-your-usual-TV-set screen. But engineers and scientists did not seem to take the joke lightly because these days, even corporate conferences are held virtually. And the best part of it? As long as you have Internet connectivity, your video call is for free. 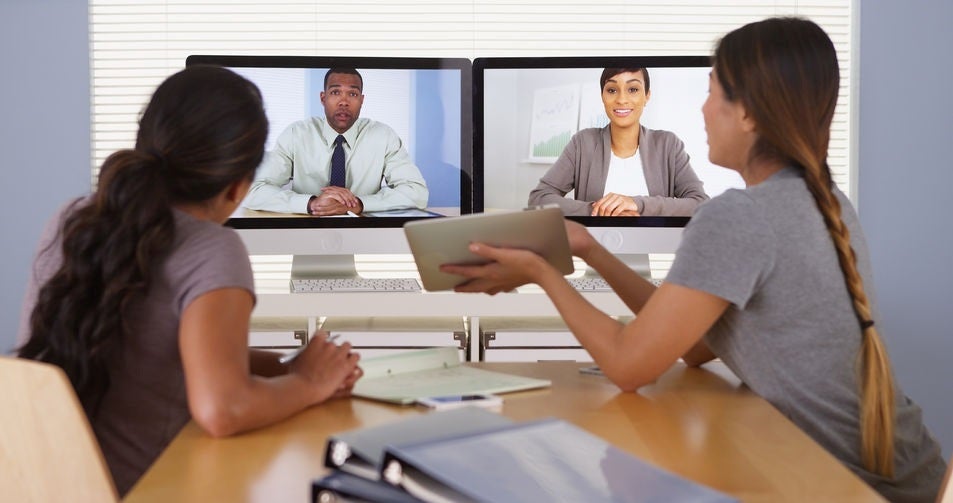 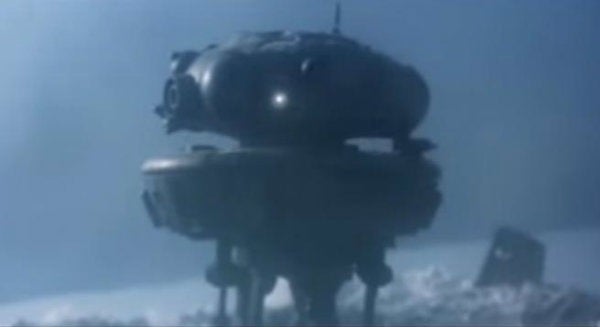 A group of Star Wars Imperial probe droids sent out on a mission.

Imperial probe droids were built to scout rebels and to discover unmapped places in the universe of Star Wars. Today we have something similar, except that they do not float on their own to embark on groundbreaking journeys. They simply help us learn the ways of the earth.

Here’s why you’re no longer entitled to ask, “Where on earth is this place?” A GPS-powered online map, everyone. 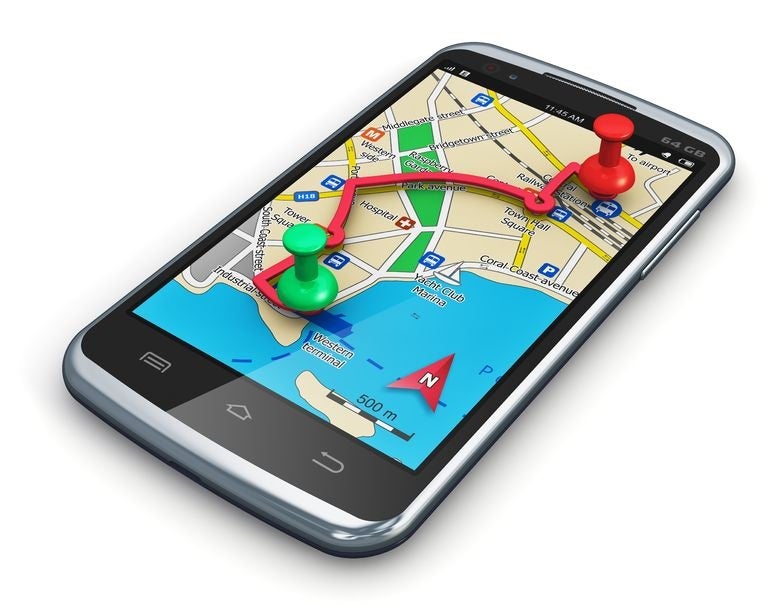 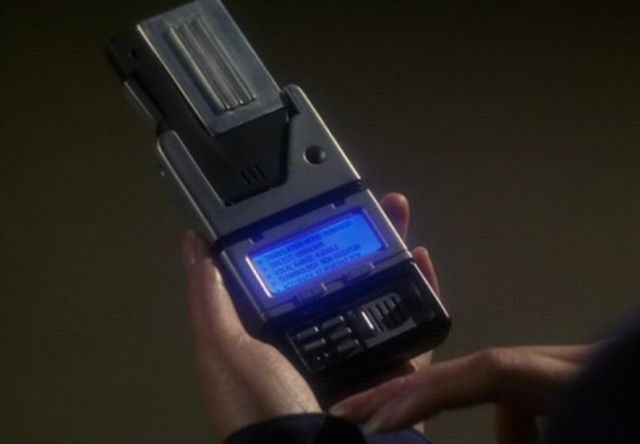 A universal translator would be a nice addition to the long list of cutting-edge devices and gadgets the world has today, but since there are no extraterrestrial beings to communicate with yet, a mobile language translator application is enough to do the trick for mankind. 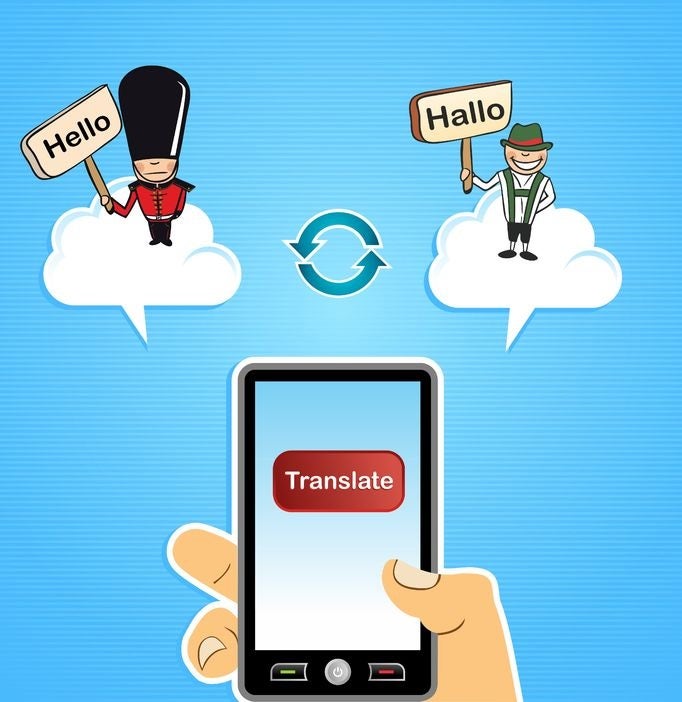 This app, which is extremely functional as long as you’re connected to the Internet, helps travelers survive in a foreign land. For language enthusiasts, on the other hand, it makes learning different languages easier. 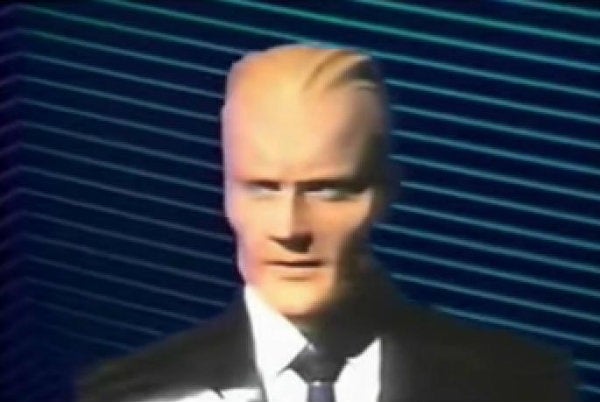 Although it was the fatal accident of TV reporter Edison Carter that led to the birth of this computer-generated TV icon, Max Headroom of the television movie “Max Headroom: 20 Minutes into the Future” is still a close-to-accurate forecast of the 21st century’s self-broadcasting phenomena called video blogging, or simply “vlogging.”

If Carter utilized this technological advancement to combat and expose corruption in his cyberpunk world, vloggers of today use the Internet and their gadgets to share every piece of information they can with mankind. 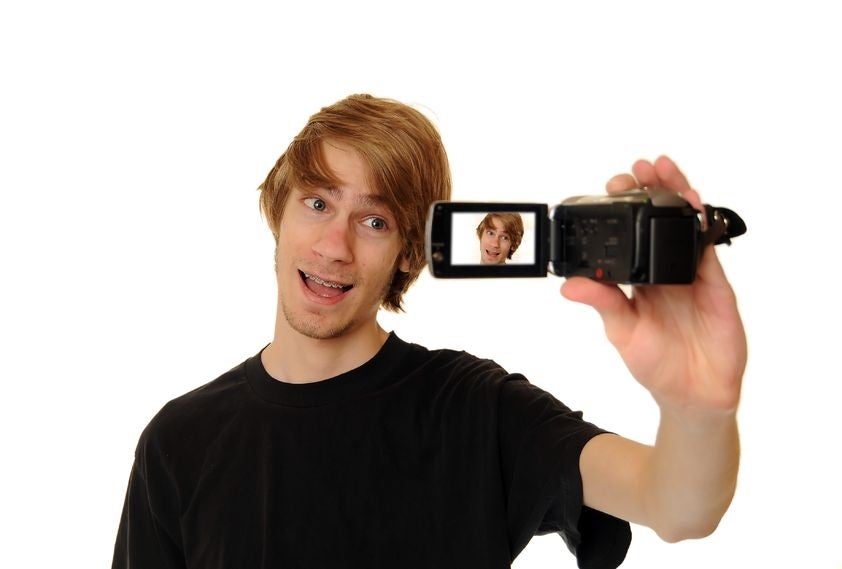 A vlog can be about anything, from a “Smoky eyes makeup tutorial” to “How to use a Suica Card in Japan” to “How to cook your favorite dish” and so much more.

6. Wireless command on devices and gadgets 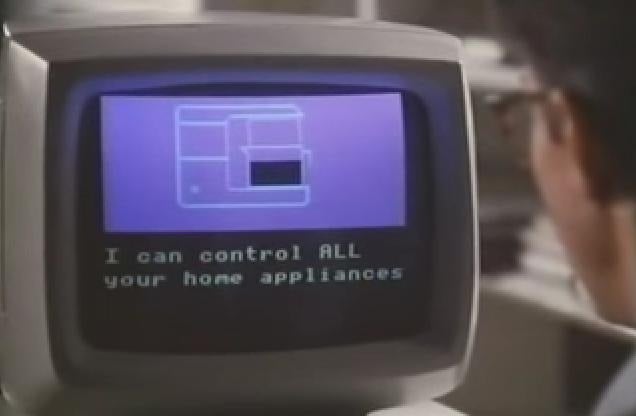 Edgar, the personal computer in “Electric Dreams,” is interactive and even sentient.

Edgar was the personal computer (PC) of architect Miles Harding in the film “Electric Dreams.” Unlike a normal PC however, Edgar was responsive and appeared to have a mind of its own. It even enabled Harding to control other appliances in his home later on in the story.

Devices and gadgets available today are no Edgar though, because everything remains programmed and insentient. But now it can at least navigate folders on its own through its Internet-enabled voice command feature. 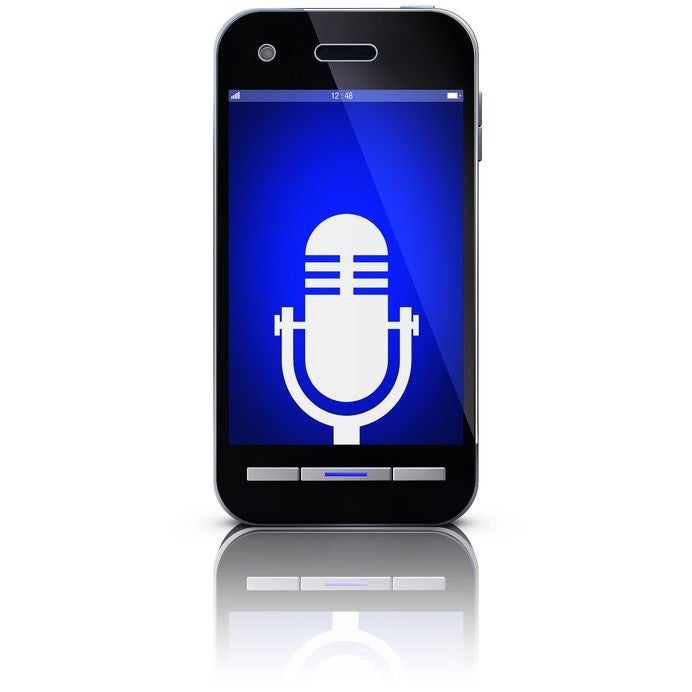 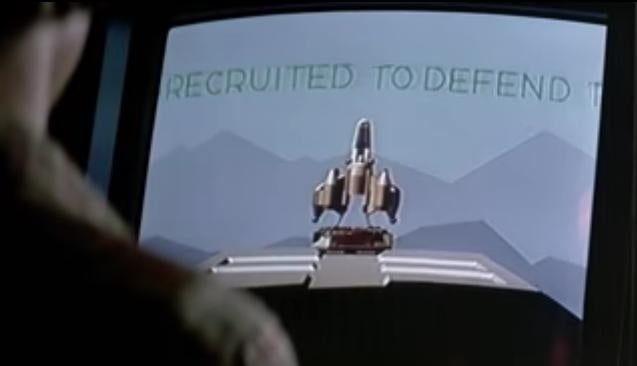 Alex Rogan is recruited to join an interstellar war in the video game “The Last Starfighter.”

Arcade games back in the day were one-way, meaning the thrill was only between the player and the machine since the Internet was yet to prosper. Alex Rogan’s case was special though, because it turned out that the arcade game he was playing, “The Last Starfighter,” was an actual intergalactic war happening outside the earth.

Nowadays, “recruitments” to join a “war” do happen, only that everything takes place virtually. The Internet made it possible for gamers across the globe to cooperate or fight against each other, individually or by group, while accomplishing tasks in the game they are playing. Moreover, it made gaming a whole lot easier because players can now purchase game credits or ePins online by simply using their cellphone load on www.gamex.ph/epins. 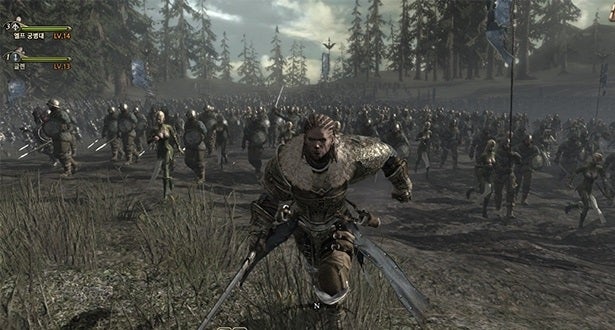 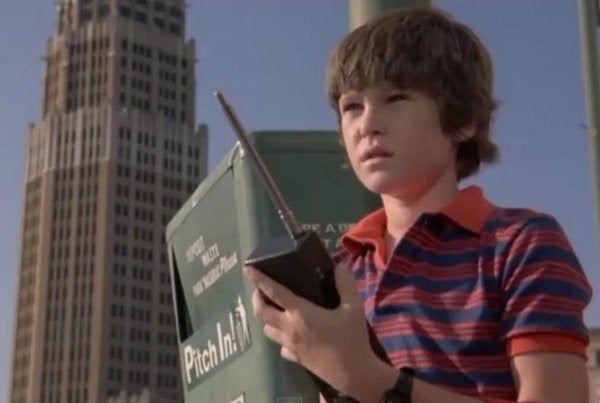 Davey Osborne is role-playing a spy with his friend Kim (not in photo).

Eleven-year-old video gamer Davey Osborne of Cloak & Dagger loved to pretend he’s a spy. He could have passed as one, if only his friend Kim played along well with his role-playing antics. But if he was deemed “unconventional” during his days, imagine how much this boy would love to be around cosplayers today.

The Internet made it more fun for costume players (cosplayers) to do their thing because through online communities, they meet individuals with the same interests and they win hearts of anime and cosplaying fans as well. 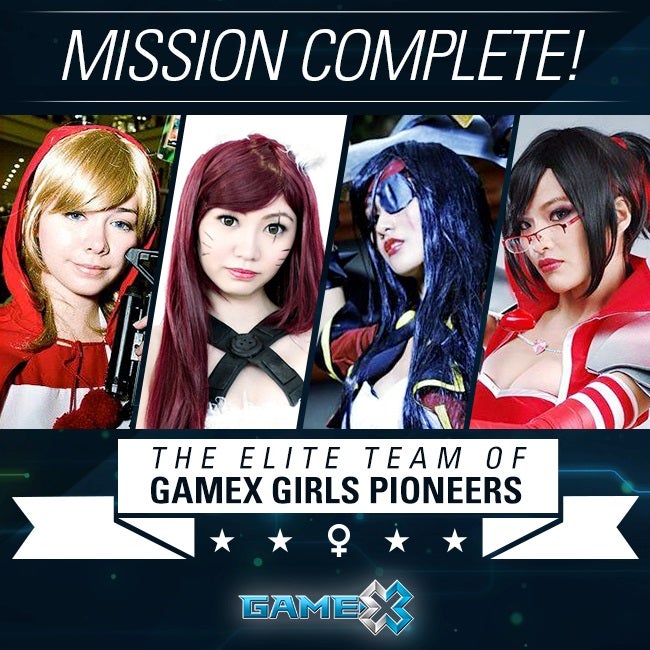 Meet the GameX Girls that best represent female gamers in the country.

The Internet surely made everything easier—communication, recreation, research, etc. But more than the convenience it offered, the Internet actually created an even bigger world for everyone to share. Regardless of the field it has extensively improved, the Internet is always about being connected to everyone.

It may not seem apparent, but the Internet is now a global culture which individuals from different races wield, and that is exactly how it has affected the way humans live. It is continuously enabling the world to become one even though just virtually.

Be connected with the world for free. Sign up with SMART, the biggest and most advanced network that powers Internet for all. #SmartInternetForAll