Facebook posts about job land US contractor in Emirates jail 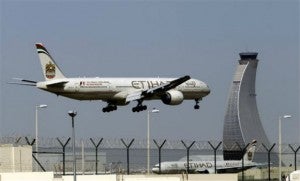 A hallmark of American life — griping about work — has landed a Florida man in a Middle East jail.

Ryan Pate, a helicopter mechanic from Belleair Bluffs, Florida, took to Facebook after a dispute over sick leave with the United Arab Emirates company that employs him.

He was in Florida at the time, but when he returned to Abu Dhabi last month, he was told to report to the police station, where he was arrested for breaking an Emirates law on slandering his employer.

Pate says he spent about 10 days in jail and is now free on bail awaiting a March 17 trial. He faces up to five years in prison and a steep fine if convicted.

Pate acknowledges calling his bosses “backstabbers” among other comments he regrets.