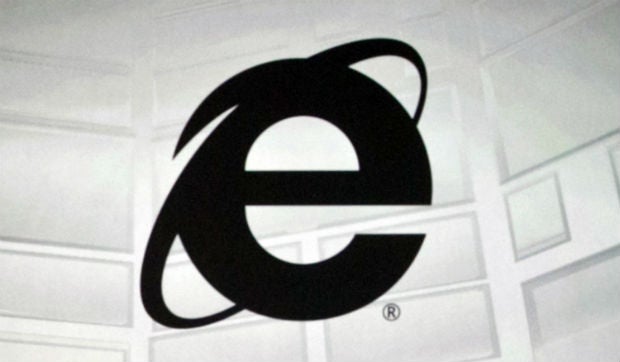 This June 4, 2012 photo shows the Microsoft Internet Explorer logo projected on a screen during the Microsoft Xbox E3 media briefing in Los Angeles. After 20 years of competing against rival web browsers, Microsoft is close to launching its own alternative to its once-dominant Internet surfing program. AP

SAN FRANCISCO—Look out, Internet Explorer. After 20 years of competing against rival web browsers, Microsoft is gearing up to launch its own alternative to its once-dominant Internet surfing program.

Microsoft has built a new web browser designed for the modern web and mobile devices to go with its new Windows 10 operating system that’s coming later this year. Explorer will still be available, but Microsoft hinted this week that its new — and as-yet unnamed — browser will get top billing in the future.

“They want to be associated with something sexy and new,” said tech analyst Al Hilwa, who follows Microsoft and other software companies for International Data Corp. “Explorer has gotten kind of a bad reputation for not being as fast as the Chromes and Firefoxes of this world,” he said, referring to rival browsers from Google and Mozilla.

Though exact estimates vary, market researchers say Explorer has been outpaced by Chrome in recent years as the world’s most widely used web browser. While some analysts say Explorer is still the leader on desktop PCs, it lags far behind browsers made by Google, Mozilla and Apple for smartphones and tablets.

Explorer isn’t going away completely, however. Many businesses use web-based software that relies on Explorer. Microsoft will likely support both Explorer and the new browser for several more years, so it doesn’t alienate business customers by forcing them to rebuild their systems from scratch, Hilwa said.

Microsoft unveiled the new browser, known inside the company as “Project Spartan,” at a January press event. Corporate Vice President Joe Belfiore touted features designed to make it easier for users to view web pages, save them or share comments about them with friends. Even then, the company said it would continue offering Explorer with the new version of Windows.

But the tech world took note this week when Microsoft marketing chief Chris Capossela told a tech conference in Atlanta that the company is in the process of choosing a new name that won’t include the word “Explorer” — underscoring the difference from previous browser updates that were simply assigned numbers, such as Internet Explorer 11.

Microsoft didn’t invent the web browser, but it has invested heavily to promote Explorer since it was first launched in 1995. The company even had to answer government charges in the 1990s that it competed unfairly against the once-popular Netscape browser by combining Explorer with earlier versions of Windows.

In an industry that values the new and looks down on the old, Microsoft appears to be signaling Explorer’s diminished status as a “legacy” product. Microsoft is betting heavily that its new Windows 10 software will appeal to computer users who are increasingly using mobile devices.

And in a terse statement, the company said Wednesday: “Project Spartan is Microsoft’s next generation browser, built just for Windows 10. We will continue to make Internet Explorer available with Windows 10 for enterprises and other customers who require legacy browser support.”