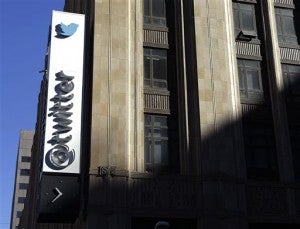 SAN FRANCISCO—Twitter said that it is cracking down on mean, hateful or menacing tweets that cross the red line from free speech into abuse.

Twitter is overhauling its safety policy and beefing up the team responsible for enforcing it, along with investing “heavily” in ways to detect and limit the reach of abusive content, general counsel Vijaya Gadde said in an column published by the Washington Post.

“We need to do a better job combating abuse without chilling or silencing speech,” Gadde said.

The San Francisco-based micro-blogging site is also taking steps to curtail the use of anonymously created Twitter accounts to intimidate or silence targeted people.

“We are changing our approach to this problem, in some ways that won’t be readily apparent and in others that will be,” Gadde said.

Twitter has tripled the size of the team responsible for protecting users of the service, resulting in a five-fold increase in the speed of response to complaints, according to the general counsel.

“We are also overhauling our safety policies to give our teams a better framework from which to protect vulnerable users,” Gadde said.

Changes included expanding the definition of banned “abuse” to include indirect threats of violence.

“As some of our users have unfortunately experienced first-hand, certain types of abuse on our platform have gone unchecked because our policies and product have not appropriately recognised the scope and extent of harm inflicted by abusive behaviour,” Gadde said.

“Even when we have recognised that harassment is taking place, our response times have been inexcusably slow and the substance of our responses too meagre. This is, to put it mildly, not good enough.”

Facebook-owned smartphone photo and video sharing service Instagram followed suit on April 16 with a similar overhaul of its rules about what is deemed unacceptable.

“It was time for a refresh; to streamline it and provide a better explanation,” Instagram director of public policy Nicky Jackson Colaco told AFP, citing the services global growth since being acquired by Facebook three years ago in a deal valued at US$1bil (RM3.63bil).

Instagram guidelines ban nudity, along with threats, and hate speech.

The new community guidelines state that “sharing graphic images for sadistic pleasure or to glorify violence is never allowed.”

“What we come back to is what we want our platform to be used for and what we don’t want it to be used for,” Jackson Colaco said, noting that Instagram was created in a ‘post 9/11 world.’

“Instagram is not a place to support or praise terrorism, organised crime, or hate groups,” the new community guidelines stated.

“We remove content that contains credible threats or hate speech, content that targets private individuals to degrade or shame them, personal information meant to blackmail or harass someone, and repeated unwanted messages.”
RELATED STORIES