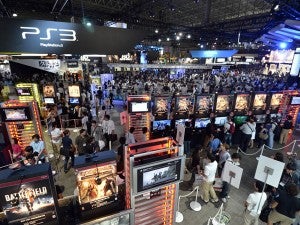 VIDEOGAME EXHIBIT. Visitors and exhibitors crowd the floor at the annual Tokyo Game Show in Chiba, suburban Tokyo, on Sept. 15, 2011. Some 200 companies from 16 countries are exhibiting their latest video game hardware and software at the four-day event. AFP

Move-enabled titles slated for release during the year-end gift-buying season ranged from “Everybody Dance” and “LittleBigPlanet” to role-playing action game “inFAMOUS.”

More than 80 Move videogames have been released or are in development, according to SCEA.

Sony also revealed plans to release a kit for software developers to create content for the company’s gaming hardware, including new Vita handheld gadgets set for release in Japan in December.