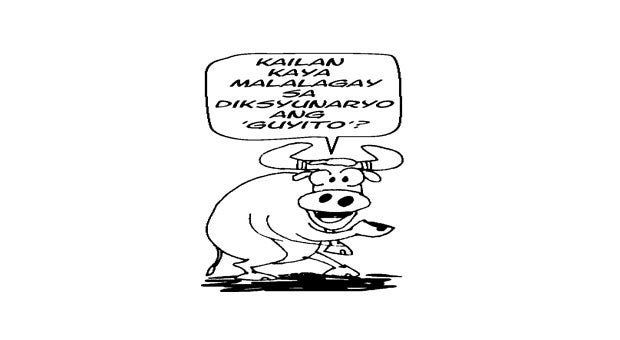 According to the dictionary’s latest update, “evidence for these usages is not just found in the Philippines but also in parts of the United States that have large Filipino populations.”

The dictionary is considered the “definitive record of the English language.”

Netizens took to social media to poke fun at the “new” words.

Reader Hiphip R. Bael III said: “This is good news. Finally, some Filipino slang, terms, and languages are included in the English Dictionary. At least we are a part of the evolution of the English language.”

However, these netizens thought that Oxford’s dictionary editors should have these words instead.

Netizen Xasqui Alejandro Fullenlove felt the dictionary needed a dose of Filipino politics. “I hope they include Binayaran: (a) utu-uto kay Jejomar Binay; (b) under the Binay’s payroll, bayaran. LOL,” he said. 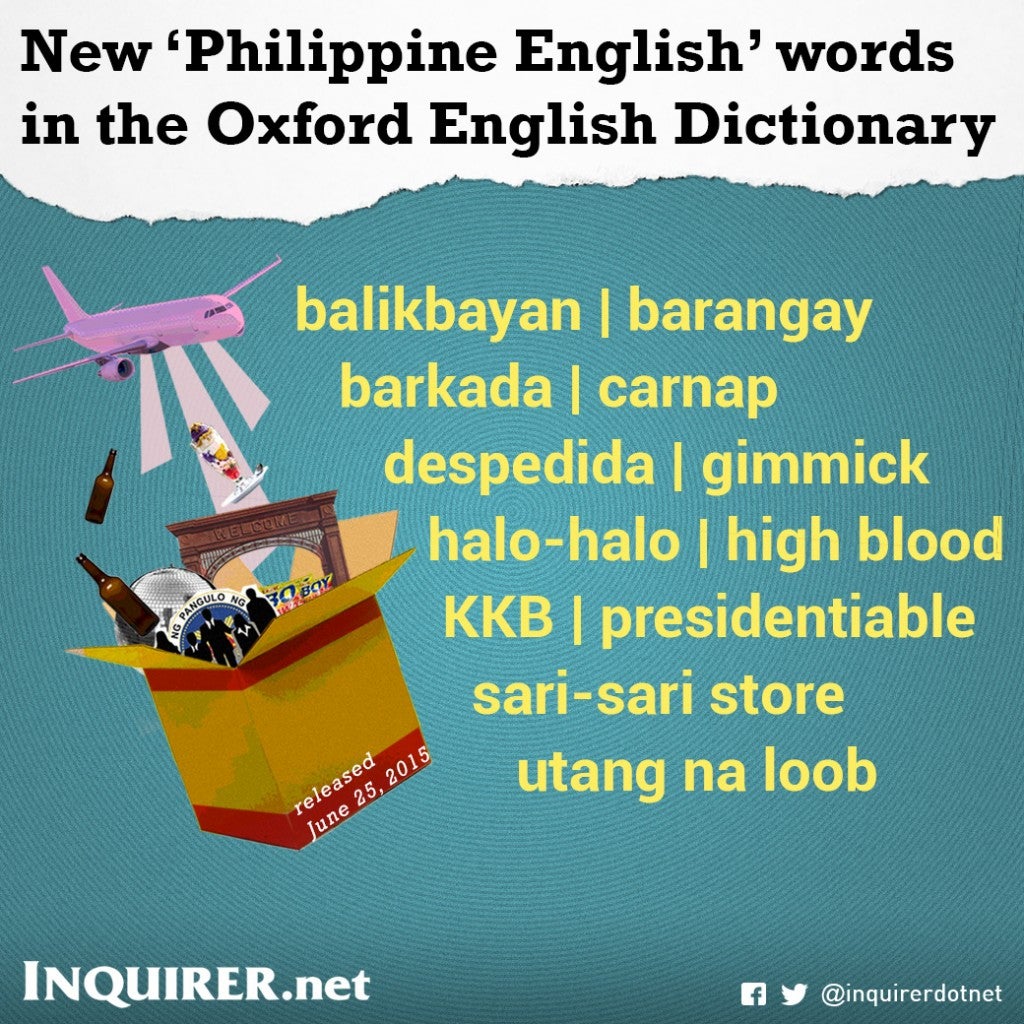 Aside from those Filipino words, some words also caught the dictionary editors’ eyes:

twitterati (noun): Users of the social networking service Twitter collectively, typically referring to the group of prolific contributors or those who have high numbers of followers. [2006]

meh (interjection): This interjection, expressing indifference or a lack of enthusiasm, was probably popularized by the cartoon series The Simpsons, but it was already in use online by 1992—two years before it was used in the program.

fo’ shizzle (adjective): This slang term originated in the language of rap and hip-hop and means ‘for sure.’ [2001]. Ramon H. Royandoyan and Karl Angelica Ocampo