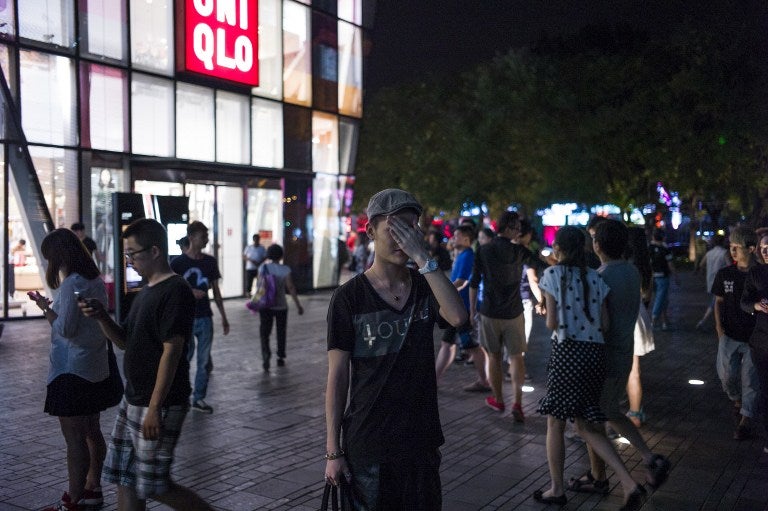 In this picture taken on July 15, 2015, people gather in front of a Uniqlo clothes store in Beijing. Chinese Communist authorities have said the distribution of a sex tape purportedly shot in a fitting room in one of Beijing’s trendiest shopping malls is “against socialist core values”, after the footage went viral. AFP

Those detained include the couple suspected of shooting the video — showing a mostly clothed man and a naked woman apparently having sex — in the changing room of a Uniqlo store in the capital.

The clip rapidly spread on China’s Twitter-like Weibo and mobile messaging service WeChat, with scores of people taking selfies outside the outlet, some mimicking the poses seen in the footage.

“Five people were taken away by police including the man and woman who played the main role,” the channel said in a report broadcast late last week.

“The police investigation has two main parts: who published this unsavory video, and was it an example of hype by the business (Uniqlo),” it added.

The CAC ordered senior managers of Weibo’s operator Sina and Tencent, owner of WeChat, to cooperate in an investigation, the agency said in a statement.

China’s Communist Party oversees a vast censorship system — dubbed the Great Firewall — that aggressively blocks sites or snuffs out content and commentary that is pornographic, violent or deemed politically sensitive.