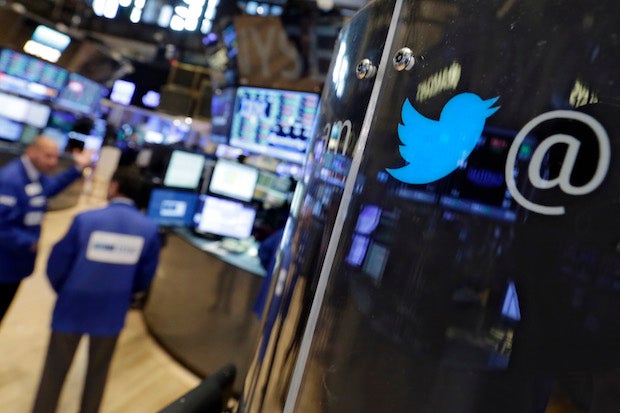 In this July 28, 2015 file photo, the logo for Twitter adorns a phone post on the floor of the New York Stock Exchange. Twitter’s battered shares dipped below their IPO price on Thursday, Aug. 20, 2015, amid ongoing investor concerns about the company’s ability to grow its user base. AP FILE PHOTO

NEW YORK — Twitter’s battered shares dipped below their IPO price on Thursday as investors worry about the company’s ability to grow its user base.

Shares of the San Francisco-based short messaging service fell 5.8 percent to close at $26, after trading as low as $25.92 during the day amid a broader market decline.

The stock is down 29 percent since Twitter’s July 28 earnings report, when it warned that boosting its user growth rate will take a long time.

The challenge for Twitter is broadening the appeal of its service to the mass market amid fierce competition from Facebook as well as messaging apps like WhatsApp or Snapchat. While many people are familiar with Twitter, the company has not been able to convince people that they need it.

In addition, Twitter is also without a permanent CEO, although co-founder Jack Dorsey is at the helm on an interim basis.